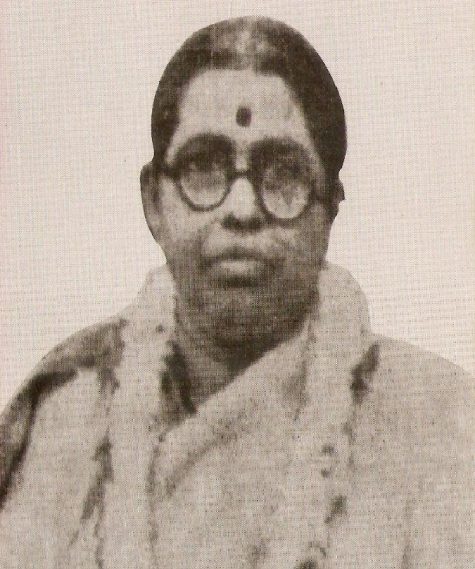 “Hello grandma, are you sleeping?”

“No not yet. Come! What, do you really want to hear the stories I heard from the sea of stories?”

“Okay, let me think! Whose story do you want to hear first?” She closed her eyes in an effort to focus. “Is it the story of that old looking lady, there…in a heavily brocaded silk sari? No, oh no! It is not silk sari. It is khaddar sari.”

“Khaddar? What is that?”

“It is a home spun yarn that Gandhiji taught people to spin during the independence movement. In those days people came out in great number to participate in this movement. People used to spin the charkha at home during their leisure time.

“What is this charkha then?”

“It is a simple spinning wheel with which one can produce the yarn out of raw cotton.”

“How very old fashioned! But how much yarn is required to make one sari. It must take them months” the boy noted.

“Wait, let me tell you the story, this woman now appears to be asking me to tell her story. It is a story she had written almost ninety years ago. In those days, not many women were writing. They were not even sent to schools to study, let alone write stories and publish them for others to read.” She explained.

“Great, that requires some courage.”

“Her name was Varalakshmi. Kanuparti Varalakshmi was actually born way back in 1896. Before her there were others probably like Bandaru Achchamamba whose story was retrieved as recently as in 1980s. But Kanuparthi Varalakshmamma as she was called was a notable writer amongst those first-generation female writers. People say Achchamamba’s story could have been written around 1910 but Varalakshamma’s stories were published from 1930 onwards in journals like Gruhalakshmi. She even won awards from AP sahitya academy. She was the first recipient of Gruhalakshmi award. No significant writing was found between 1910 and Varalakshmamma’s stories in 1930.

“What did she write about if she had not received any formal education?”

‘Okay let me tell you about this one story she wrote in 1930 “Five months and Nine Days” was the name of the story. It tells so much about the life of women in those days. The protagonist in this story is Rukmini. Her husband was Gopal Rao who was a well-dressed, wore mukhmal chappals, silk shirts and brocaded upper garments. He was considered a good man inside out as he was very fond of his motherland. He joined the independence movement when Gandhiji gave his call. Along with others in the movemen,t he boycotted foreign clothes and goods and busied himself in picketing and organising demonstrations convincing people to boycott foreign goods.

Then what was his wife doing at that time? She went to her mother’s house for the delivery of her first child as was the custom. She went during the seventh month of her pregnancy and she delivered a beautiful baby boy. She was so totally involved in her world, as many women of her time, that she was unaware of the independence movement,  and her husband’s involvement and passion for using only Indian goods and clothes. Three months after the baby was born her father wrote to his son-in law to come and take his wife and child back home after the naming ceremony, barasaala. Gopal Rao, busy as he was, did not reply. Her father took her and the baby to her in-law’s house. Rukmini anxiously waited to see her husband. She even dreamt about their meeting throughout the journey and kept thinking he would come to the railway station and receive her and her son whom he was yet to see. He did not come. She went home and waited the whole day. He came home late in the night and she went to him eagerly. He saw her from a distance and his face registered anger, contempt and indignation. He went into the house without acknowledging her presence.

Rukmini was lost and disappointed. She did not know about the boycott he was advocating and wore a nice silk sari and put a silk jubba on her son so he dressed well for his first meeting with his father. Gopal Rao repelled by the sight of his wife and son wearing foreign textiles did not give them a second glance. She did not understand. But soon he was arrested and sent to prison for the satyagraha and the burning of foreign clothes. In the court the British magistrate asked him if he was guilty. He replied proudly shouting slogans against the British. He was sentenced to prison for six months.

Rukmini’s world changed. And what a change it was! She understood India’s predicament, the ongoing freedom struggle, and her husband’s involvement in the freedom movement as well as his passion for everything Indian. Her awareness of the world around her increased and when she performed a Sravana Gauri puja, customarily performed by ladies every year during the month of Sravan, that is our August, she invited only those ladies who were willing to wear only khadi saris. She also abandoned all her silks and started wearing khadi. She was waiting for the sentence end and on the puja day, thought she would have to wait for some more time but he came home as he was released ahead of his time because of good behaviour. This appeared to her as a reward for her puja. They become a happy couple as she by her own conviction chose to wear khaddar.

“Chi! Why should I wear the silk saris that were so detestable to him and were the cause of is detention and our separation?”

She changed and created a silent revolution around her by advocating Khadi, by involving women in spinning yarn to weave khadi saris Gandhiji won half the battle against the British. Those were the days when everyone had high ideals and zeal to pursue them creating a purpose to life.

One thought on “Haunting Voices: Stories heard and Unheard -2 (A Silent Revolution)”