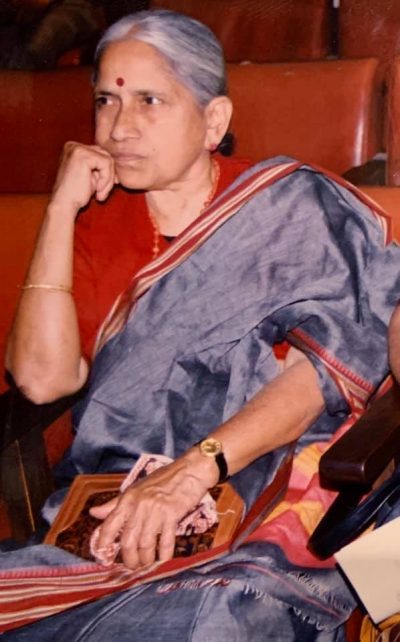 The voice of courage

They have been discussing seriously about the selection of a scene from “Kanya shulkam”.

Members of “Mitra Samithi” organization have been trying to arrange one act play show on the eve of Gurajada’s birthday celebration and excluding every female artist for the role of Madhura Vani, with a pretext of one or the other. One appeared to them very fat; another one very skinny and some other one not at all looking attractive or someone else’s dialect is not suitable.

Supplying tea and coffee in between, Sadhana heard their discussion casually and thought that if they had asked me to participate in the chat how nice it would be. However, nobody expected anything else except tea and snacks. Silently she heard their tête-à-tête. She never talked to them.

That night when she was all alone with him, her better half, she brought up the matter.

“Finally, what is the decision? Whom do you select for Madhura Vani’s role?” she inquired.

“Not yet, none is befitting. That’s why we decided to select the scene of ‘drink shop’ so that no role of a lady is needed.” Satya Murthy replied.

“What a bad idea!  ‘That drink shop scene’ how good it would be to play? You would like to display your bad habit even on stage?” she flared up showing her impatience.

“A block head, what do you know the importance of that scene? Do you know what humor and philosophical dispute enrich that scene? What a feeling of Universality! Have you read the drama carefully and completely?” Satya Murthy drifted it out taking her easily.

Nevertheless, Sadhana did not surrender immediately.

“Can’t you get any other interesting scene from “Kanya shulkam”? Without Girisham and Madhura Vani where is the charm to that play?” she insisted.

“You might have seen only the first scene where we had only the characters Girisham and Venkatesham. Or you would have seen a picture where they showed Girisham as a hero.”

No ready retort was there for her. She observed a minute’s silence.

Taking that advantage “see that is the difference between a genius and common people”, he displayed his mischievous feeling in his eyes.

“Oh! I do not know that brilliant and bar shops have an inseparable relationship” Sadhana felt infuriated as her husband talked about the intelligence. Thoughts raised like high waves.

Sadhana could not even bear the thought of creating a scene of bar shop on the stage. Let it be a great scene, how to stand it on the stage?

She could not understand why men drink. Whatever it might be happiness or mourning immediately they go for a bottle and cigarettes.

Why? What about women? Haven’t they face any problems? How do they suppress their feelings and anxiety? How do they behave?

Can’t the men learn even after watching their counter parts?  Do they get any benefit by addicting to a drink? They lose both health and wealth. Not only prohibiting the drink but they should even prohibit the scenes of drinking in movies and on stages. Every second minute lighting a cigarette, wafting the smoke, filling the glasses became a fashion. Without cigarettes and glasses in hands can’t they act at all? What can they do with empty hands? What about their intelligence—musing silently she asked him,

“Is there no other scene that can attract you the intelligent? That too without Girisham or Madhura Vani?” waiting for his reply eagerly she looked at him.

“Read and tell me tomorrow”, as a sign of concluding the discussion, he turned to the other side to sleep.

However, Sadhana did not leave.

“Tomorrow you will not get any time to talk to me up till late night like this. Please tell me the truth, didn’t you get really any one to play Madhura Vani’s role?” she asked very innocently.

“Really! If available why do we leave them?”

“If you don’t mind shall I take that role? Am I suitable for it?”

“No!” he replied without even turning to her side.

“What is wrong if I act?” she insisted adamantly.

Acknowledging the seriousness in her voice, Satya Murthly turned to her and gazing in to her eyes asked, “Are you crazy? What do others think of it?” austerely.

Tears welled up in her eyes. Suddenly she turned to the other side concealing them. Satya Murthy also turned away and without a word tried to sleep.

Sadhana could not sleep at all. Thoughts as flies troubled her and her heart squirmed in anguish.

‘To play the role of Madhura Vani is not a subject of revulsion. Before marriage, every one praised and appreciated my acting. After marriage, acting, – that too the role of Madhura Vani –is it a big crime? Going to bars to drink, acting on the stage as drunkards –all will be good for men. Husband can direct the drama –it is not a fault.   His friends, working as high officials and married can act any role-it is not a mistake. If someone else’s wife takes a role in a drama it is not a fault.

Still if somebody performs the role of a prostitute, is she going to be really a prostitute?

Nobody bothers even if a male performs any worst role. What a discrimination! ‘How to counter this injustice and unfairness?

How to prove my ability and talent?’ How to solve this problem?” is there a way to behave as per my whims and fancies?

She went on thinking restlessly and slipped in to sleep late after midnight.

Next morning, as usual attended her routine when he went to office, leaving all other things, started reading “Kanya Shulkam” drama. She went on reading it until five o’ clock in the evening. When the maid servant came, she got up and prepared snacks and coffee, even cooked dinner.

One hour after his arrival, his friends also gathered there- to discuss about the drama. After supplying tea to them spacing out from the routine without going inside, she pulled a chair and sat there a bit away from her husband. Everyone turned silent as if shocked and again continued their work. Finally, they decided the scene of the bar shop and started to distribute the roles.

Sadhana interfered and said “If you perform either the last act in sixth scene or fourth act in first scene, it would be nice.”

Satya Murthy turned taut without even looking at her. He did not feel of responding to her talk and extending it. He left the answer to his friends.

“Mrs. Murthy what you said is true and the acts would be excellent. However, to search a suitable actress for Madhura Vani is difficult for us. That is why we preferred a scene without a woman role.” Rama Raju replied.

“If you don’t mind shall I play the role? I have no objection.” She laughed melodiously.

Every one chuckled as if it is a joke. However, Satya Murthy turned very stiff. “It is true. When I was in college, I always used to get first prize for my acting. He married me as he liked my talent,” Sadhana said.

“Oh! Is it?  He never talked about it, keeping such a great talent at home” Joga Rao, the eldest of all, a retired head master said.

When such an elderly person talked so encouragingly, Satya Murthy could not utter a word. He smiled vacillatingly.

Sadhana smiled within herself.

How easy it would be to leave the fear of somebody thinking or the society.

Where is that society?  Think of it. It is in everyone.