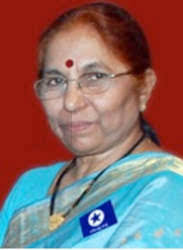 Janaki sat up with a startle. The lamenting of Sharwari as if a fact in dream moved like a whirlwind in her years. Pressing her cheeks with both the palms, she tried to suppress the emotion in her heart. She tossed a vexed look at her son snoring on the bed next to her. However, she tried again the commotion in her mind never allowed her to sleep. When the thought of past came, she felt as if she had been pushed into hell, a feeling of someone pulling away from the land under her legs. ……….” yes! They are pulling away from the land under my legs”. Though the forces that shatter their lives entwined with the land and create turmoil are not known clearly, Janaki experienced the tumult every minute and quivered. Watching the innocent nature sleeping behind the veil of moonlight she slithered into pondering.

Elders settled her marriage shattering Janaki’s dreams of a college education. With fields and cows, a big old patterned palace without any dearth of basic amenities she will be comfortable in life –they thought. All these days’ studies at the same place never bothered them, but now sending a girl out of the village for education others may point it out. A match in the same village, with a thought of keeping the girl under their view they did her marriage with Sreenivas.

Though she had a whim of marrying an employee Janaki obeying the elders she adjusted herself in in laws home without a word. Her in-laws too including their two daughters never bothered her either for dowry or for any presents, ever looked down at her parents so she also developed a kind of affection and respect for them. But even after having two children she couldn’t understand the mentality of Sreenivas. He never expressed his love to her, ever talked to her affectionately. Sreenivas who never troubled her with his words or deeds is a Goodman and a model husband for others. But she too justified the role of a model wife efficiently and successfully never letting others realize that her model husband never treated her as a human being valued her thoughts and regarding the decisions about her or her children and the family, he never allotted a place to her. Without even consulting her once, with a pretext of children’s education when he shifted the family to Kakinada when he described her limits very clearly the role and place of a wife and a woman in that best man’s opinion, Janaki could understand him unmistakably.

Though he never had any addiction like alcohol or cards play to live a grand life leaving aside their level too was his obsession. Without paying heed to her warning that it would shatter the family when two acres of land vanished for his extravaganza mother in law and father in law created a rift. They pestered them to come back to the village packing up city life.

When retreated to the village as the circumstances never allowed him to deny the elders, they joined Sharwari and their son in a hostel. Though Janaki felt the separation of children she consoled herself as they remained with in-laws, she felt peaceful about Sreenivas.

But that never remained for a longer time. With a difference of a few months one after the other both mother in law and father in law left the world she was in endless grief. Though despair of loneliness boundless fear about the future shook her completely, outwardly she was serious and strong. Though the weight of insult of not caring her ideas from the day of her marriage now and again oozed out from the layers of her mind she suppressed it. When she put the lock handed over by her husband’s sternness deliberately with a trial to her mind and soul including her mouth, she controlled herself that nothing moved her whatever be the consequences.

That never went too long. She can’t fulfill her wish regarding Sharwari’s education. She thought to send her to engineering.

“No, a degree is enough to send her married to someone” when Sreenivas said this she could not open her mouth as she lost the courage long back to argue.

But when he brought a very high match forgetting his level and for a software engineer son in law when he was ready to give ten acres of land out of eighteen as a dowry, she unlocked her mouth.

“Let us find out a suitable match as per our status. If we give most of the property as dowry what about the studies of our son?” he looked at her with the relentless stare and without even a reply left the place.

“I am not bothered about the dowry and other things, but the marriage should be grand is my son’s demand. So do the arrangements carefully “after the settlement of the marriage bridegroom father’s warning made Janaki shocked. Three consecutive years by the time of bringing home the crops something or the other disaster happened loans for the fields and the troubles remained but not any earning.

Is it an easy task to arrange the marriage grandly! Loans in lakhs! The rates of the fields increased, so if they sell one or two acres, they can pay off the loans and can do the marriage too grandly –he thought. Father in law used to look after the fields as their life and more than their daughter. He always felt that either to go for debts or to sell the fields was taken as a shameful thing and spoiling the fame of the family and last time when he sold a bit of land to pay off the loans, he felt ashamed and agonized. She knew that. But… what about him he never feels the pinch of it… easily he went for loans to do his daughter’s marriage. She could not stop anything except feeling the torture within. temporarily she forgot the anguish that she had looking her made for each other daughter and son in law. She was taken aback by how her husband went on fulfilling the greedy whims of their son in law’s parents fearlessly without any trouble.

After sending Sharwari to her in laws home they took a breathing time and thought of paying off the debts selling the land, but breathtaking incidents occurred. Hitherto gossips, and recently considered facts came to them as knives on their necks.

The platform was ready to encroach thousands of acres of land under a special economic zone. In that, the fields of their village too were there. Not only snatching away the fields but a rumor went on that they may make the people vacate the villages too, everywhere this only created a turmoil in the village. Losing the fields and livelihood is on one side and the other side leaving the native place where they spent their entire life and the people entwined with their lives facing troubles and problems moving forth parting with the affections and kinships that provide strength to live …the very thought made them lifeless. How to survive in a new place among strangers! How to live when the security of life is lost! A scene of trees treated as their life falling uprooted. A scene of elegant flower beds burning ….and a scene of carcasses heaping together… Janaki felt her heart throbbing.

They say that they are going to start industries in the fields taken away by them. They say that many people will get jobs there. A pronouncement went on that the area will be developed like anything. What is this development that mars the livelihood of lakhs of people and for whom was not understood in the beginning but subsequently it came to their digest that for whose development the government that should protect the lives of poor treacherously, forcefully driving away them from their fields and homes. Where hundreds of acres of land are enough for the industries collecting thousands of acres who gets the benefit also came to their comprehension. But whomever they contacted they went on talking about the rules that cannot be accepted and how the things that were not there in rules were forced on them, but they could not suggest a preventive measure. As the days went on everything was chaos for Janaki. Her mind turned frigid and she felt as if vacuum surrounded her as if thoughts and experiences seeped in. suddenly uncontrollable grief… Next minute the fear of a demon attacking and grabbing everything of theirs…

Twenty years back along with their fields near Kakinada some hundreds of acres of land were collected by Gujarat Government how they lured people telling stories about jobs and development came to her memory. Later the institution never started any industry, but all the fields were assigned to it. If they had sold them for any need, its different, but now the value of the land that they grabbed by force turned into crores from lakhs… If the purpose of collecting the land serves it’s ok but when it’s not going on in that way, why the government elected by the people make a constitution that it will benefit the owner to some extent. Is the government working for the sake of a few rich or the protection of the rights of many people? A heat cropped up in Janaki’s heart.

Till she received a phone call from Sharwari Janaki could not figure out the real trouble. As it was an agreement to give ten acres of field to her as dowry if the government takes the land her in-laws felt that she should be given somewhere else a land of ten acres. When Sharwari mentioned her in-law’s intention, Janaki thought that she was stuck in the middle of a storm. Not even a rupee of the debt brought for her marriage was paid, the value of the fields that are outside the special economic zone proliferated a lot if they can buy four acres of the land with the compensation given by the government enough. But the farmers revolted denying the money and demanding their lands alone as the SZE could not provide them any jobs without any skill or training refusing the development that destroys their lives. They went on fighting though sent to jails, amassing their courage and strength.

But what about the lives those shatter meanwhile? What about people like them who remained in Trishanku and couldn’t cry openly and fight patiently and struggle to solve the new-fangled problems?

Pitch black darkness in front of

Janaki’s eyes and an ocean of grief in her heart!

Though Sharwari never said openly when the danger that had waited came to her thoughts, Janaki was completely wobbled by it. The fear that if they fail to give the field as per the agreement, they may send her back asking her to come back with field only started consuming up.

How to save her daughter’s family life? How can her son survive in this materialistic world with outfields and without proper education?

How can they both drag their remaining lives?

What is the meaning of this development in this modern progressive world if they could not provide an alternative for ordinary people except death? What comes next, the next moment whether they can have their food or not who encroaches the property that seems to give them security everything is uncertain. How can the common people encounter the strong corrupt forces of this nature?

Is it the fate of the ordinary person to remain ever this way? Wouldn’t the hunger blaze the fury? The innocent hands that hold the belly can’t fold into a fist.