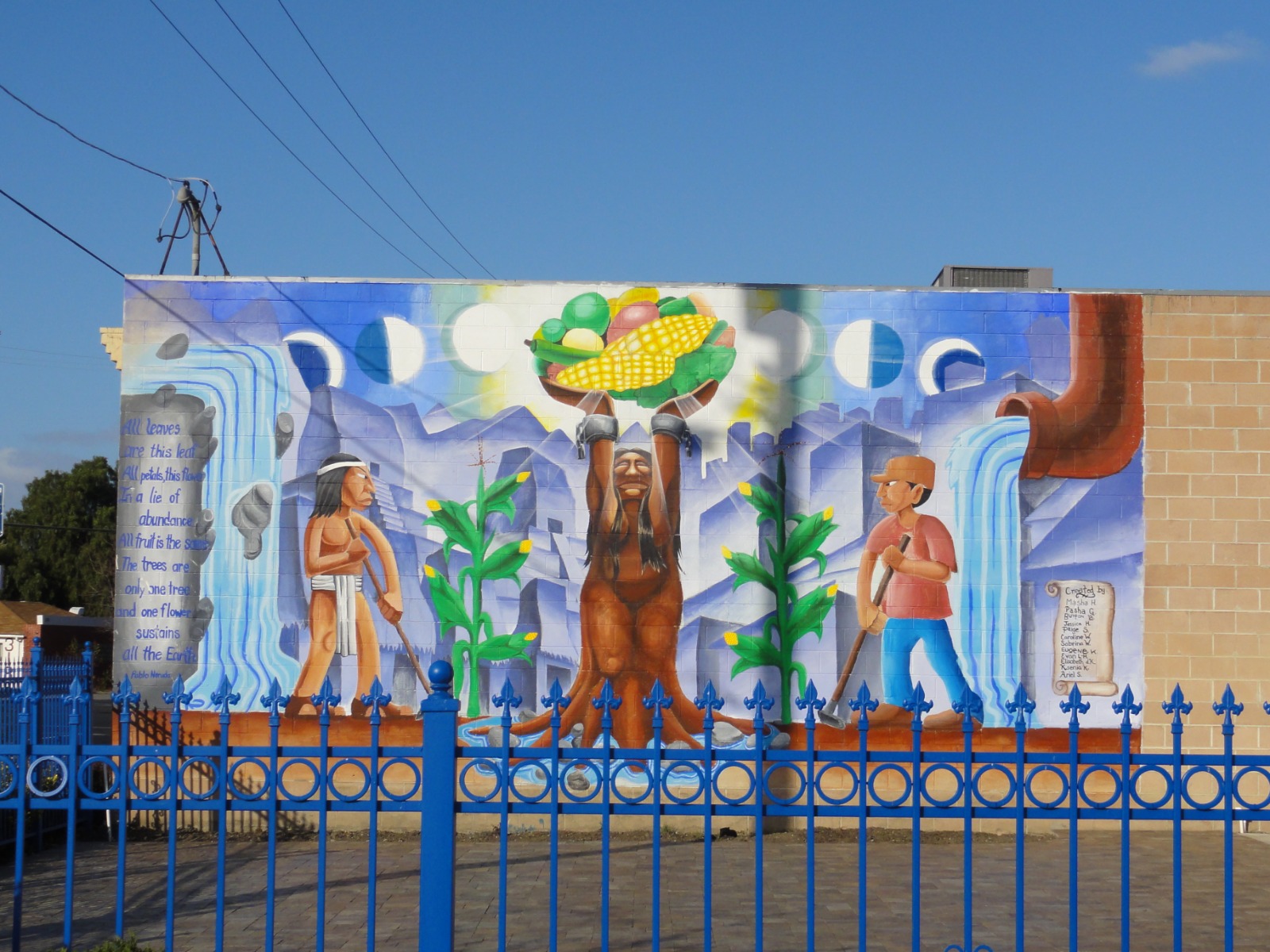 America Through my eyes –Mountain View-2

Here city libraries are bigger than our central libraries. In fact, we cannot compare the libraries here to any of ours there. With two floors for kids, teenagers, and adults, for researchers with different sections, we, all the family members have a special and extreme love for this magnificent Library. Along with free membership here the provision of computers and the internet is also free. We feel something missing if we can’t come here once in a week at least. Here the exclusive thing is no traces of dust at all. I feel surprised how all the books they keep as new.

The DVDs here have all the great movies in the world. In the first one or two years, we saw all the movies. No need to say about books. We don’t know where to start, till we reach the main door we all go together but after hinting the pace to meet at the end we all scatter to our own sections and once we keep our heads in books and many times, we lost the sense of time. Strangely, my kids also love books a lot. If a book is given, they never ask even water. The baby’s section here is with tiny chairs, puzzles with imprints of petite hands and books with melodious sounds of pictures in colors it appears so cute. Previously, whenever I went there, I used to feel bad that I could not go to that section. my tiny friend, Siri Vennela completely vanished that pain. We always go there and play as long as we want. We mix up all the puzzles, throw helter-skelter and keep everything as if we didn’t know anything. Meanwhile with the laughs of my baby girl running between the racks the silent library resounds.

Many programs like story reading, summer reading, meet the author and many more go on there. To work there as a volunteer, we never get a chance in less than three months after registering. With so much love and dedicated feel, people here work.

When we walk exactly a quarter mile from our residence to the south, it comes downtown. Though I saw many downtowns I never saw such a beautiful one anywhere. This downtown runs from El Camino Real road to Central Express Highway, one and a half miles as a single road. When we look standing on this end a straight, long, single road, in the middle as if standing on the way a green mountain, in fact, that mountain was at a distance of five to six miles from there somewhere.

Arts and wine festival fete conducted one or two times in summer is a good entertainer. In fact, in nearby Sunnyvale village bigger than this one takes place. But here as it goes one single straight road no question of missing at all. With exhibitions of artists and food marts on the roads, wine specialties downtown appear colorful. For kids also some tiny amusements will be there. Here, without any egos, people stand or sit and have food at the roadsides. ( probable roads always seem to be clean and healthy), artist’s paintings attract us so much. But I could not understand the sense of exhibiting art and wine at the same place.

Mountain views main Rail and bus station is on the Central Express wayside. But unlike ours, these stations appear to outside from lone distances also. On the sides of the tracks, Sunday mornings like a fair Farmer’s market embellishes with people. Greetings of flower bouquets and fragrances of varied fruits here are very dear to me. The shopkeepers offer fruits to taste they sell here is the exclusiveness. Waving hands at commuting trains, to buy traditional village bread standing in a queue, buying honey straws and sucking them till the end, going around flower plants, not one all are interesting pastimes on holidays.

From the crossing, the rail tracks when we walk a bit towards the north in the corner of the road an old building seems to be constructed by mud and with a tiled roof appears. It was “Historic Adobe building’. constructed in 1934, it was used as a meeting hall and dance hall. Though it was closed when it crumbled in 1987, as a part of preserving the ancient constructions, it was revived in and kept open for the visitors since 2001. The hall can accommodate seating for 100 people now also it appears as a function hall. But outside was kept specifically as it was constructed even now.

If we move forth a magnificent painting on a big wall attracts everyone. I never leave the wall and move aside without reading Neruda’s poem by the side of the painting and without watching the nice idea in that painting. The shop owner adjacent to that wall was the last year chairman of the farmer’s market it seems. For last year’s celebrations, all the farmers together collected the money and asked some university artists a good painting on the wall. The names of artists are on the wall, we have to congratulate the youth group that thought to give a shape to the Neruda poem.

This is the poem-

All leaves are this leaf

All petals this flower

In a lie abundance.

All fruit is the same

The trees are only one tree

And one flower sustains all the earth.

Computer History Museum the exhibition started a new in January 2011 with the inauguration slogan – 2000 years of computer history is in the North Shoreline Road in Mountain view.

When we go there at 10 in the morning how it turns to five in the evening is not known at all to us. We went on a Saturday more than a hundred people are there. 2000 years back the counting started with Abacus and till now how it became a model for today’s computers in the sequence shows the Museum. At eleven O clock, the guide came and showed us important evolutions for an hour. He gave us freely the cards revealing the punching system used for the census at the beginning of this century. The most surprising thing of all, the Difference Engine-2, imagined by Charles Babbage but could not evolve it in his lifetime was shown here how it works directly in detail. For that machine with approximately ten feet length and height, using a total of 8000 tools is the specialty.

In the same way, the Development of computers show also attracts visitors a lot. In total 20 sections exhibition, Video shows, reading the specific matter about the instruments – walking in this way complete day passes away interestingly.

Changing the thoughts and imagination of man into the forms of power surprises us. First the power of the machine, then the electrical, followed by electromagnetic, gradually how it evolved to the computer era can be watched here. In changing eras as per the changing needs giving a form to the imagination how the tools can be created is illustrated here. I liked it so much. From ten plus aged kids, everyone with an enthusiasm to know attracts this place and they all like it. Whenever I entered each section, I had a feeling that some time machine I climbed there. Here we are compelled to commend everyone’s human intelligence.

After breaking the wall of Berlin in Germany and achieved unity in all the countries throughout the world the tiles of the wall were sent as gifts. As a symbol of the contribution of America in unity trials, it kept the tiles of that wall at fifty places throughout the country for exhibition. One such place is in Mountain View. I searched it intentionally in Google while bringing the kids home from school we went there. Close to the bay, after crossing Google offices it lies in the Marine way. But we went round and round the address but could not find it. We can’t think it to be inside the building. It looks outside in online. Finally, when we were about to return disappointed, it was seen behind the parking lot in a corner amid the small mesh which no one cares. On two full life-size tiles, somebody’s, some writings in colors were also there. But I felt an emotional experience there. When we fumble the walls with our looks, they say so many things. So many vile incidents of victimizing so many lives march in front of our eyes. But nowhere, nobody caring them at all as solitary memories, shivering in the cold stood here. In America, that preserves everything so great, why they lie down in a corner like this I can’t understand. Though we wanted to take a photo a car was parked just in front of it. Luckily soon the car was taken so we can have some pictures of it.

In one spring season, when it starts just sprouting tender leaves, one day I saw a beautiful light green place amid a dark green hill in the Los Alto’s Mountains. When I asked Satya to show me that, unable to deny me, in that weekend he drove us to the side we saw the scene. We can identify the hill but we can’t reach that green grass garden-like area. After going close to it, through the residential colonies, then aboard said no way to go up.

At some other time, at a distance on a hill when I saw a snow cap I wanted to reach there. That is Mount Hamilton. There lies a planetarium also it seems. Without consulting Google uncle, towards the snow seen area we went searching the way nearly twenty miles. But from there five to six miles the way to go up the mountain was closed due to snowfall when the guards said we can’t go; we have to turn back. Throughout the way with bending mountain highways, we enjoyed an amusing journey of laughs. What if we can’t reach there, every day from the home itself we can visit a splendid scene!!