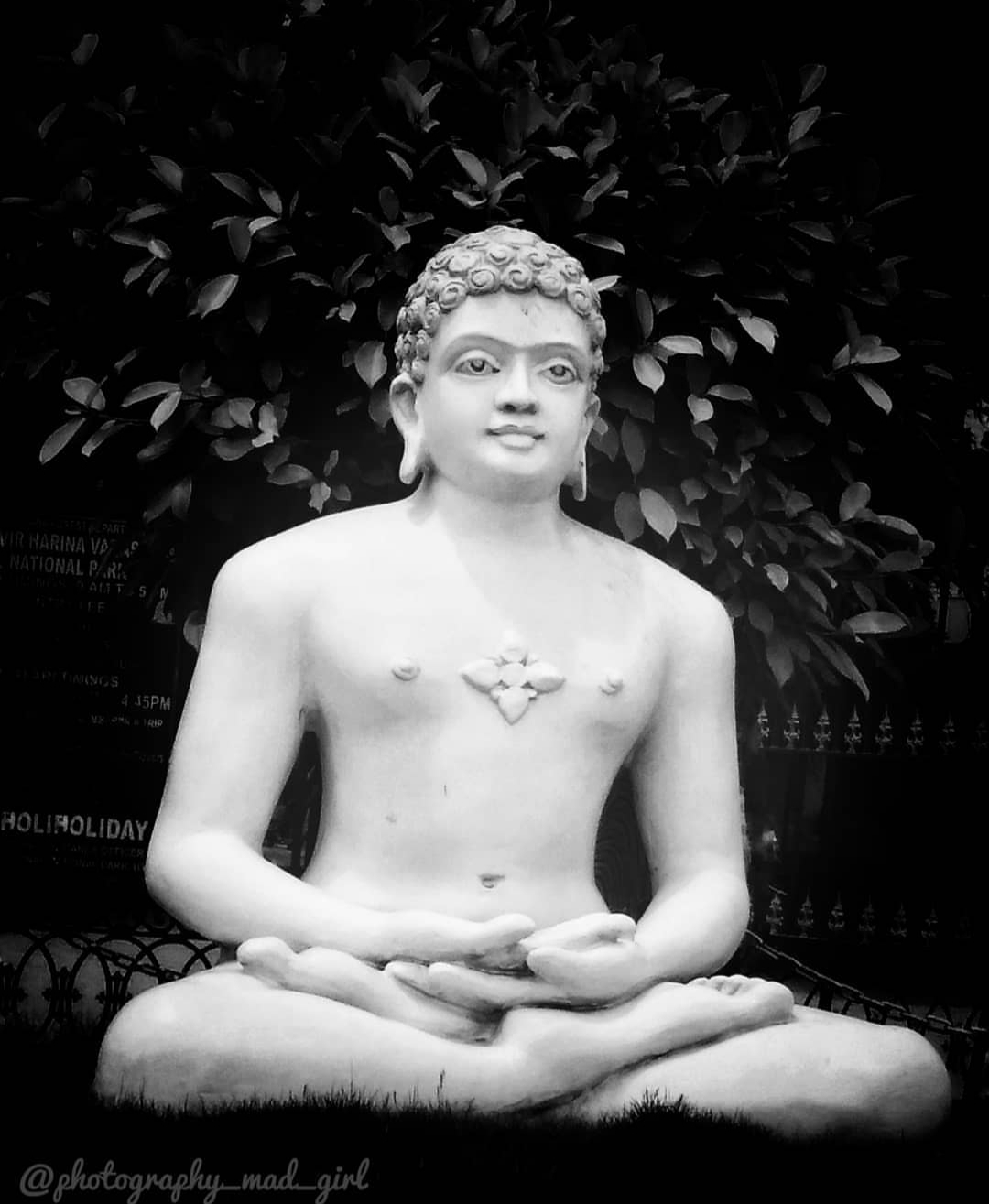 As i saw his white statue I felt curious to  know about him. I started searching about him and got to know He was the contemporary of Gautham Buddha and Gauthama Buddha was one of the prime disciples of Mahavir.He is well known as vardhamana and he was born into a royal kshatriya family.At the age of 30 he left his home in pursuit of spiritual awakening.He left  his royal life and started meditating under the ashoka tree with no clothes on. The mahavir statue has the powerful Shrivatsa symbol on his chest known as the endless knot.where this symbol has different meanings in different cultures.

This park where the mahavir statue is built  is once a private hunting ground of nizam thereafter few years nizams donated these ground to establish a national park then after as the name “mahavir” saint they build the statue of mahavir as a memorial of him.

This is the information I collected about this image.actually i went there for a field trip with our college where we had lots of fun also went on a safari ride where we saw many Deers and panthers but couldn’t click those pictures as the safari van has the security mess all the pictures were captured blur so i have only this picture to share about this park and image. My name is Sahithi. I am a student of B-Tech, Computer science from Hyderabad and I love clicking photos!