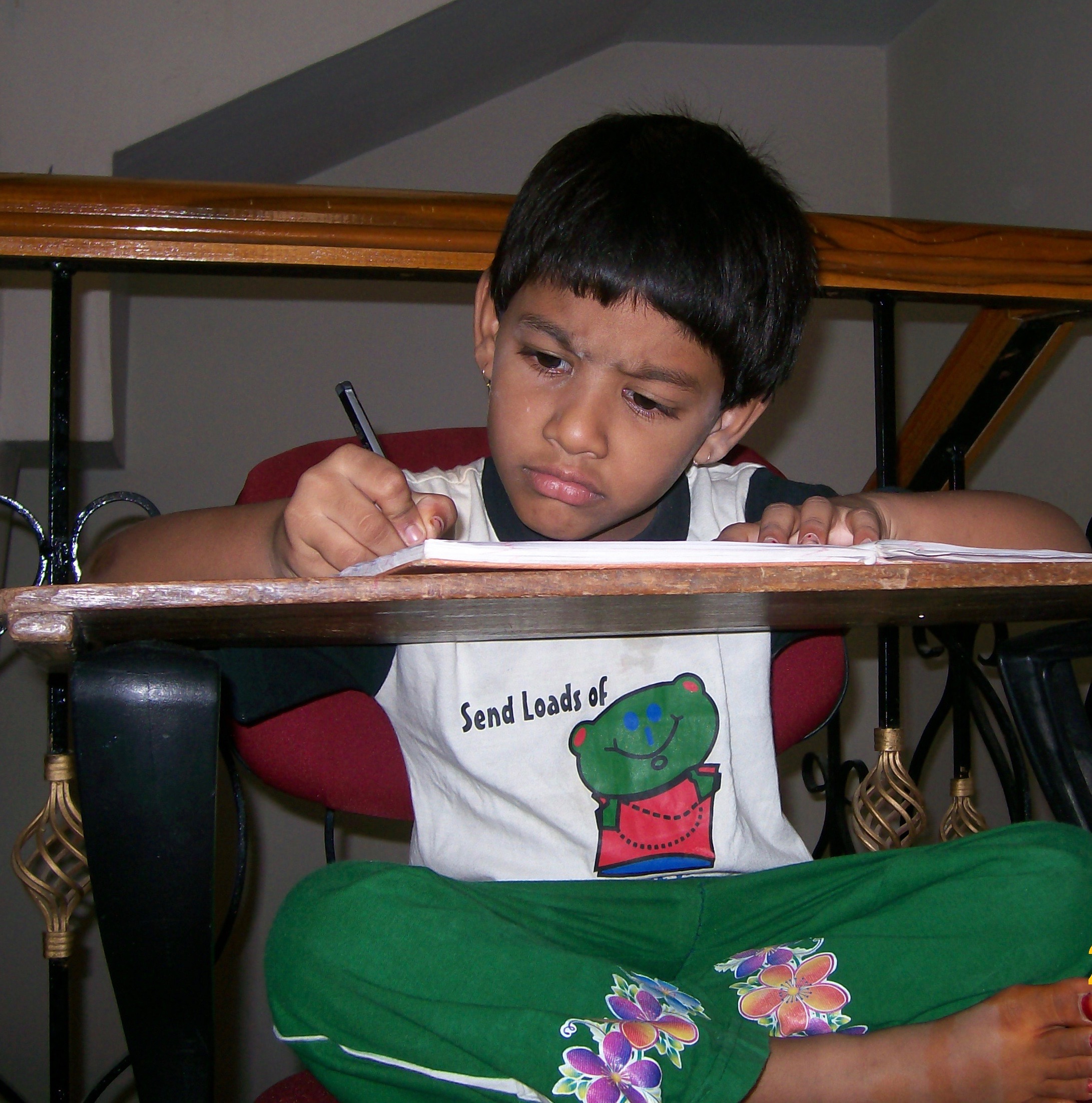 I don’t remember much of my early childhood. Much of what happened in the first few years of my life was told to me by my mother when she would reminisce about the past. But I can recall bits and pieces, short memories that seem rather innocuous in retrospection.

I remember going to preschool or LKG. LKG, for those unfamiliar with the Indian education system, stands for Lower Kindergarten. Parents will often send their children to Lower and Upper Kindergarten before beginning their actual education at about four or five.

At some point, I was given my first homework assignments to complete. The instructions were to trace numbers and the letters of the English and Hindi alphabet. English was taught in cursive, which I still don’t understand the point of to this day. Either way, I didn’t like doing it. My mother told me that she would hold my hand and do my homework for me when I got tired.

Teachers in India are very strict about discipline, which was unfortunate for me because my mind tends to wander quite often. I remember once, while the blackboard was being cleaned, I was scribbling on my nails with my pencil. The teacher saw me and had me stick my hand out to receive a sharp slap from her ruler. I don’t believe punishments like this teach children anything. I didn’t believe it back then too, because as soon as I got home, I told my mother what happened. She got angry with my teacher, naturally.

Education-wise, this is as far as my memory goes. I liked playing more than school, just like every other kid. I had a large collection of stuffed animals, of which my favorite was Tweety bird. I was highly attached to that yellow canary. Children at this age often possess a security object or blanket, which are a healthy part of development and aid in starting to become independent. I believe Tweety was my security object.

I also made friends with the other children in my neighborhood. I have no recollection of any of them, except for my cousins.

My birthdays were always big bashes. Being the first girl child born, I was cherished by my mother, who always wanted a girl child. Of course, I was the most adored to my father and the whole family also. I was always given the best, newest clothes. Most of the things I wanted were given to me. One might just say I was spoiled. And I would have to agree. Everyone in my life went out of their way to keep me happy and oblivious of any struggle.

I have other obscure memories, ones that I have no reason for remembering but I do anyway. Once, my father and I fell off of a scooty, giving me a scar that I still have today. A scooty, or scooter, is a moped-like vehicle that a lot of people own in India. I remember watching cartoons with my older brother while eating ketchup on white bread, which tastes better than it sounds. I remember attending a wedding and sleeping through most of it because traditional weddings are days long affairs.

And so forth. But everything I knew was about to change in ways I couldn’t even imagine. When I was nearly five years old, my father was offered a job in America. So, we packed our bags and left behind all that we knew. I was told that we were going on vacation and that we would be back very soon. This was not the case.

I fought for the window seat on the airplane. I remember staring out at the clouds that looked like stretched cotton across the pale blue sky. This was a time before I knew about what lies beyond the skies, so I really thought we were on top of the world.

And then, we were standing outside, shivering beneath the thick grey clouds that San Francisco is known for. Even in my oversized beige jacket, I was freezing. It was never this cold back home, after all. We made it to our first apartment, where my mother unpacked what little we’d brought with us.

It was very small – one bathroom, one-bedroom, and a tiny, hardly existent living room. It wasn’t nearly enough for three people, but we lived there for almost a year.

As a child, I was an extremely picky eater. So, my mother brought a portable electric stove to cook up Maggi, my favorite instant noodles, whenever she needed to. However, I quickly found myself drawn to American fast food. Happy Meals and chicken tenders made up a lot of my diet. Despite the junk that I enjoyed eating, I was underweight because of how little I ate overall.

After a few months of living in this new country, I had to attend public school. There was no LKG or UKG here – it was straight to kindergarten for me. It was a lot like LKG for me. We learned the alphabet, sang a lot of songs, and were given toys to play with every day. I even made a friend, who ended up being my first best friend in America. Eventually, I became pretty good at speaking English. By the time I was going to first grade, I’d gotten a decent grasp of the language. My parents also encouraged me to speak to them in English so that I would get used to it.

The thing about being a foreign kid learning in America is that they will put you into English Development – or ELD – classes. At the end of every year, they test your abilities and decide whether or not you are able to advance to regular English or if you still need time in ELD.

Even with all of the change (“Americanization”, perhaps) occurring in my life, I hadn’t forgotten where I came from. I missed the rest of my family dearly, my brother and all of my cousins the most. I still hadn’t made very many friends, so it was a lonely time for me.

I didn’t understand a lot about my immigration until just a few years ago. I didn’t understand what it meant to be an immigrant, or how it set me apart from other kids. I was very lucky to come into America when people were just beginning to truly embrace diversity. The first black president, Barack Obama, had just entered office a month prior to my arrival. I’m still extremely grateful that my first eight years in this country were led by Obama.

In these first few years, I experienced a lot of change. Some of it was good, some bad, and some that don’t fit into either category. I know that this first part has been a bit all over the place as I go into little tangents here and there, but as I remember more, the story will become more linear. So I thank you very much for reading the first part of ‘Diary of a New Age Girl’. See you next time!