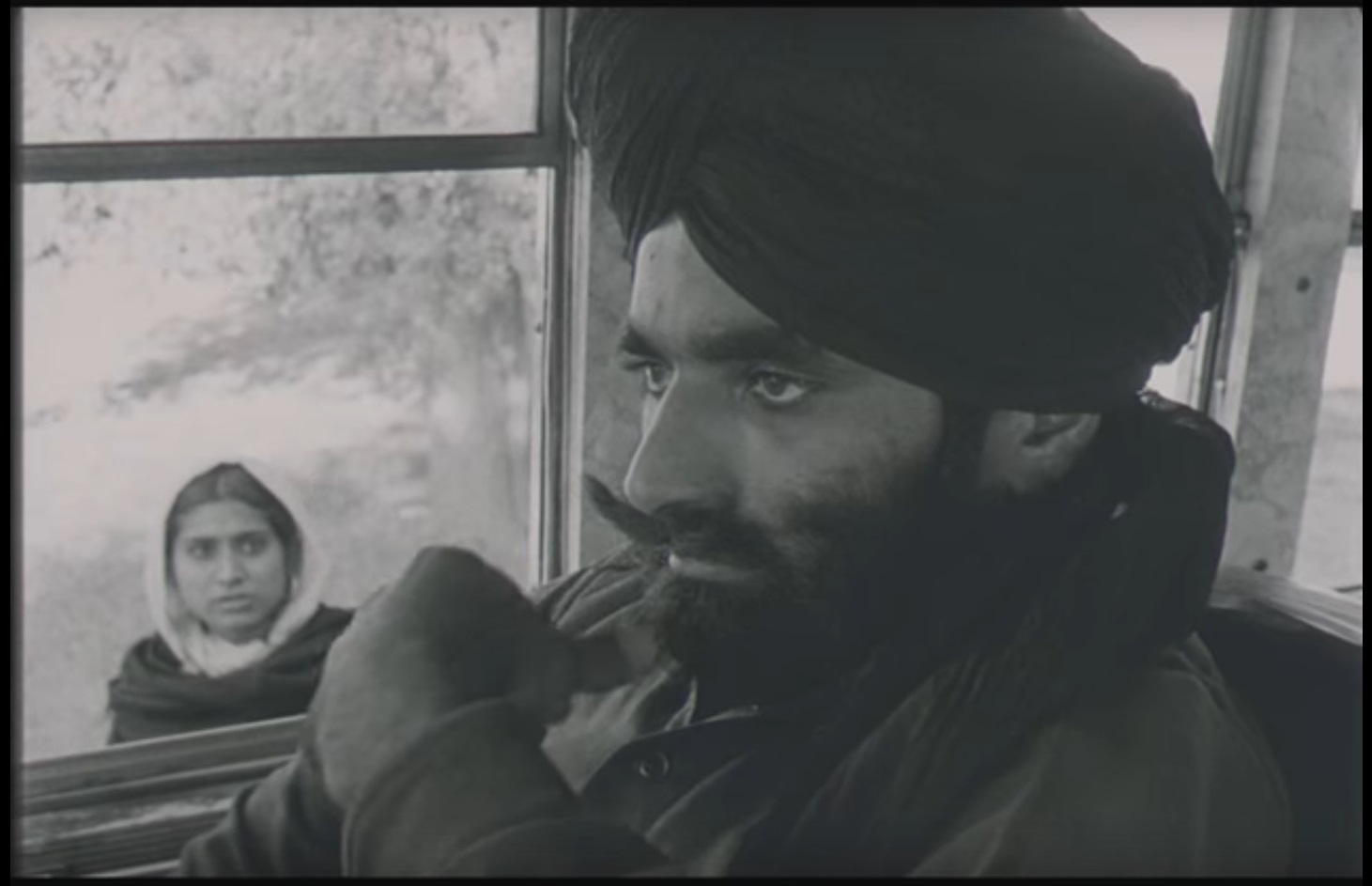 For love would be love of the wrong thing; there is yet faith, But the faith and the love and the hope are all in the waiting. – T.S. Eliot

This film is Mani Kaul’s first feature. It is based on a short story by Mohan Rakesh. Mohan Rakesh also wrote the dialog of the film. He has written several short stories, novels and also done some translations from Sanskit. His most famous work is a play called Ashaad ka Ek din (A day in monsoon season) which was adapted by Mani Kaul as a feature film. “Uski Roti” the short story is available as “His Meal” in a collection “Another Life: Thirteen Stories and a Play” on Amazon. It is a purchase you will not regret.

Mani Kaul is a well respected Auteur of Indian Cinema. (He passed away in 2011) He was known for the stylistic elements in his films. He was heavily influenced by Ritwik Ghatak. Mani Kaul was a student of Ghatak when he taught at Film and Television Institute of India, Pune. He was also influenced by Robert Bresson and Andrei Tarkovsky. We will talk more about Mani Kaul and his films in the future.

Assistant director for this film is Malayali director John Abraham. He went on to win a national award for his film Agraharathile Kazhuthai (Donkey in upper caste neighborhood). To fund his film “Amma Ariyan”, he went villages and asked for contributions from common people. Thus he made made one of the first crowd funded films.

Uski Roti is considered a seminal film of Indian Parallel cinema. It was unlike any other film that was made before. Every film lover should watch this film at least once. It was made with unknown actors at that time.

The plot line of the film is simple. The wife delivers food daily to her husband who works as a bus driver. She gets delayed one day, he gets upset and refuses to accept her food. She decides to wait till he comes back. The reason for which she is late, her thoughts and memories form the story of the film. The film is very faithful to Mohan Rakesh’s story, except the part they show of what the husband does during the day.

The film is about domestic violence and her fear that her husband would leave her. She wants to make up with him at any cost. There is also a back story about a woman committing suicide when her husband leaves her. Her thinking about that incident tells a little about her fear. There are also scenes that show the husband to be a violent man. But her story is not all sad. She is courageous and strong. She wants to protect her sister and wants to deal with her sister’s assaulter by herself.

The film is in black and white. There is an extensive use of closeups. The film was shot by K.K. Mahajan. He started his career with Mrinal Sen’s Bhuvan Shome. Cinematography is a character in itself. It captures the landscape and people fabulously. The camera is mostly still with very few tracking shots. Framing of each scene is alone can be one of the reason one can watch this film.

The director relied on acting to tell his story. There isn’t much dialog in the film. Whenever people speak, they speak in monotones. Kind of metaphor for boredom associated with waiting perhaps.

There is also a lot of silence. Background score is only Santoor by Ratan Lal. Mani Kaul like Ghatak was a lover of music. He also made a few documentaries about Indian classical music. Music though not much, is very effective in conveying the mood.

Performances in film are excellent. All actors in the film are first timers. Garima who played the wife is first rate! It is sad that she doesn’t seem to appear in any other film. Gurdeep Singh who acted as a husband moved to the US and seems to be doing bit roles in Hollywood these days. His body language, expressions convey his alpha male nature even though he is someone who is not so privileged. He was excellent!

The film takes place in winter. Cold weather sets the mood of the film. Punjab being mostly in plains does not snow, but can get cold like Northern California winters. People are dressed in shawls and sweaters which also forms a metaphor of keeping to themselves. Scenes in sugarcane show a happy mood. Those shawls and sweaters remind me of my NIT days in Jalandhar.

Mani Kaul was a brilliant film maker is among my favorite directors. Uski Roti is quintessential arthouse film that can be counted among the best films out there. Watch it for directing, performances, cinematography; watch it because it a marvelous piece of art, that defined arthouse films in India. Be warned, it is not for everyone.