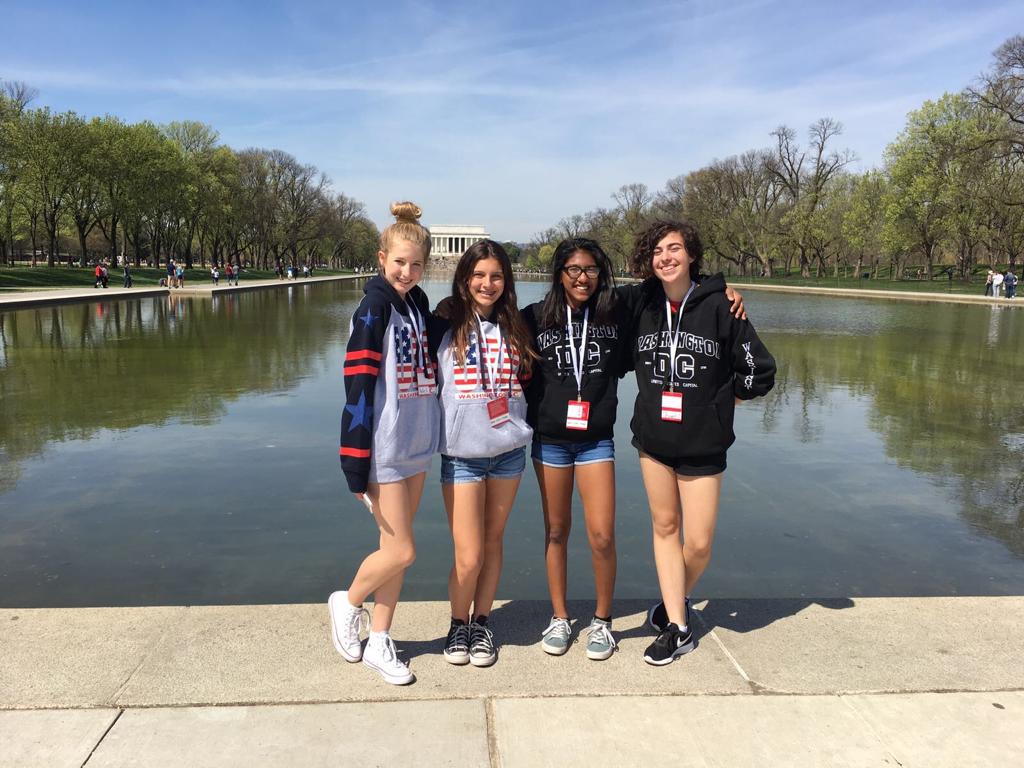 The internet – especially advertising on the internet – instills a dangerous image a child’s head. The image of perfection, which is really just air-brushing and editing and altering, tends to make one insecure. The reason why none of us look as “good” as Jennifer Lawrence or Kylie Jenner is because we don’t edit ourselves, and because we don’t fit into the eurocentric standard of beauty that so favors pale skin, a thin waist, and such. This is what makes real people more authentic than any celebrity could pretend to be.

When I was thirteen years old, I was still very impressionable. So of course I was going to feed into the lie being pushed on every platform available – Instagram and Snapchat in particular. I became very obsessed with makeup, and attaining the near-alien standard of beauty.

With this comes the popularity game. I believe it to be part luck and part effort. First came dressing the part, though. I wasted hours at Forever 21, pondering over what could make me look the most normal compared to the last two years of wearing black and only black. I came up with crop tops (wow!), pastel colors, and boyfriend jeans. So I had that going for me. I had to craft a new personality for myself, but I couldn’t do that until I talked to someone popular first. So, I began doing some toxic things.

I cut off everyone in my life that I deemed less popular than me, and found myself in a friend group of middling folk. They weren’t popular, but they weren’t unpopular, which was a start. I befriended the person that I deemed to be the most popular of that group, and slowly began talking to her other friends.

My big opportunity for getting what I really wanted, though, would come with the Washington D.C. trip. It was the one time of the year that everyone would be forced to mingle regardless of social standing. And there, I found exactly what I had wanted.

I made friends with all of the popular kids, and even managed to reconnect with my old best friend. It felt really good to establish all of these connections at the time. I didn’t feel alone anymore.

I had to constantly vy for the attention of my own friends for the rest of that year. I would always ask about doing things together, trying not to feel disappointed when it didn’t work out. I supported them, even when they would make backhanded compliments at me and each other.

And so, like Icarus, who had flown too close to the sun, I fell. When school ended, I found myself wanting to get away from it all. I felt so emotionally drained and empty. I found comfort in the arms of the internet again, but this time I didn’t stare longingly at the makeup videos. I watched people play video games and discovered a new interest within myself. For a while, I rejected color in my clothing again. I set aside all of the pastels and ripped jeans and wore black and white. They were always the colors I felt more comfortable in.

This was my period of trying to discover myself within all of the layers I had put up. This was also the period of time that I spent in India visiting my family over the summer. Getting accustomed to my own country again, both emotionally and physically, was difficult. But from it all, I emerged feeling more ready for the next four years than ever.

High school. By the time I had reached high school, I just wanted to make friends – genuine ones – and find my niche of who I wanted to be in this trying time. I had my best friend of course, who I got ever closer to that year. I could always rely on her.

She and I found ourselves amongst some of my old friends from eighth grade – the middling folk. We all got along fairly well, even if we didn’t have a ton in common. But I felt my best friend start to drift from the group, and eventually I found myself quite bored. We both began hanging around the theatre kids after that. I hadn’t done the school play, but I was beginning to get involved in some shows.

School wasn’t difficult, for the most part. All of my work was satisfactory enough for an A, but the area I struggled in was geometry. Geometry, in retrospect, is not a terribly difficult subject. In fact, I don’t think any math subject is very difficult if you put your mind to it. But the class that I was taking required strong study skills and a diligent work ethic, so I struggled. Before I knew it, I was doing my homework without understanding most of it and doing badly on every test.

I had deluded myself into thinking I could do school with minimum effort, after how easy eighth grade was. But I was wrong. Thus earned me my only C of high school.

My self esteem had reached a new low when this happened. I had never seen myself as a C student, and all my other grades were As. How was this possible? How had I ended up here?

At some point, everyone must endure academic failure. If you go your entire life without having failed a test or doing badly on something, there is no way you can learn. So I stayed within my limits the next semester and took the regular geometry class. I passed with more than a hundred percent by the end of the semester.

Of course, I still had room to grow. I struggled with procrastination in English class, especially when it came to essays. This earned me my first B. English was also my favorite class, so it was difficult for me to accept.

Academic struggle made me stronger. But I also learned from other struggles in my life. During second semester, I auditioned for a musical. I tried my best but didn’t do as well as I had wanted to. I didn’t get in. I had to watch all of my friends get excited for something I wasn’t good enough to be apart of. Yet despite all of this adversity, I found a sense of inner peace by the end of the year. I connected with a lot of people in my choir class and had the time of my life at Disneyland with them.

I made really good friends in theatre, even if I wasn’t as involved as I would’ve liked to be. My grades were stable. I even managed to reconnect with my old friends from the beginning of the year for one last time.

February of that year, I found out that I would be moving to a new town. Naturally, I had a negative reaction to this. I was just beginning to feel like I was becoming myself. But, by the end of freshman year, I felt ready for a change. I was sad that I was leaving behind some of the people that I’d known since middle and elementary school, but a small part of me was excited to start over.

And start over I would. Check back in for the next episode, where I talk about my summer of doing nothing and my sophomore year. We’re getting close to getting caught up with my life – hold on just a bit longer.