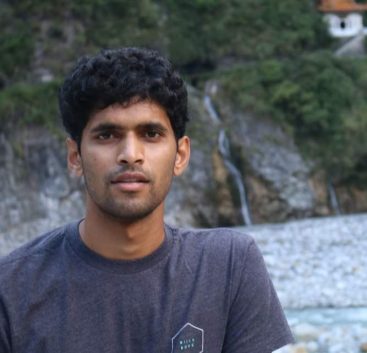 coming from the loud speakers, outside in the gully. The music ringing in my ears, of veena, of violin and of various other indian instruments that are now obsolete, of the sweet nightingale voices of chorus singers singing in unison, fills me with hope of a bright day to look forward to.

By the time I am brushing, the song changes to “Hai preet jahan ki reet sada” and I start humming along, with the toothbrush in my mouth.

I can hear the hustle and bustle in the gully outside. My vivacious aunty, “Chittakka” as we all used to call her, is constantly shouting orders to Kashi anna, Virenderanna, Sureshanna and numerous other “annas” of our gully, who were trying hard to match the pace of their work, with the pace of my aunty’s commands. Small size paper flags were being glued to long ropes by women, which would then be tied high up, from one electric pole to another. A huge bamboo pole from our house was being decorated for flag hoisting, which was reserved for this special purpose for as far as I could remember.

As I pour hot water on my head, the song changes to “Mere desh ki dharti sona ugle” and I start doing bhangra in the bathroom. By the time I am all dressed up in the school uniform, neatly ironed by my mother the previous night, tiffin is ready on the table. I struggle with the hot idlies, and the hotter milk, while my mom is tying my shoelaces.

I shout “Amma, potunna!” from the gate and start walking speedily up the gully, hearing my mother in the background, scolding me “Poyyi vastha anali”. I look up at all the anna’s, some tying up ropes on electric poles and some tying the flag to the bamboo pole, and they all smile back at me. I approach and hug Chittakka, who is more than happy to give me three chocolates from the packet, which are strictly for after-ceremony distribution only, and I feel special and elated. But halfway up the gully, I meet the evil Rambabu who scares me by saying that I would shit in my pants if I eat those chocolates before the hoisting of the flag. I say “But I already ate one!”.  He gives me some small stones and says “Put these in your pants pockets! These will stop your bowels from excreting” and takes away the rest of my chocolates.

As I stride towards the school, which is a kilometer away, I am joined by my classmates coming from various directions. By the time we reach the school front gate, an announcement is already being made to assemble on the balcony for the prayer. We hurry upstairs, struggling to make our way through the crowd. Our teachers pick each one of us and fill up the empty positions in the rows of students.

The principal pulls the rope attached to the flag, and the flag suddenly starts flapping in the wind from it’s tied up state, like the petals of a sunflower spreading wide, upon seeing the sun. And then commences our national anthem. We all try to sing in unison, some closing eyes, some looking at the flag, and some looking down and admiring their shining shoes, but the result always comes out as a disconcerted cacophony of voices. The cultural programs start, testing the patience of us young minds, and after what seems to be an eternity, when even our teachers get irritated by the burning sun, they put our suffering to an end, much to the pleasure of us, and disappointment of the students who were waiting to perform on stage. Then comes the best part – chocolate distribution. We depart in the same way as we entered, starting in one queue, and exiting in many.

I have no time to waste, as I have one more independence day ceremony to attend to – my own gully’s. That means two more chocolates. We live in a small basti, with many gullies, each one leading to ten others, making it more confusing than a maze. Each gully has its own flag hoisting ceremony. Me and my friends attend two more ceremonies, as we pass through them. I finally reach my gully and every one is assembled in front of our gate. There are Kashi anna, Virendranna and Sureshanna who are the hard-workers. They come collecting for chanda’s two days before, and my mom’s chanda would always be the same : 10 Rs. only. And there is Chittakka, the supervisor of all celebrations.

The flag on the big bamboo stick, is ready to be pulled out of it’s hibernation. Sometimes the Basti President would come and hoist the flag. Sometimes some MLA would tour around the basti, before an election of course, hoisting up flags in gullies serially, like a raging bullet. This time there was no one. I run and stand up beside my grandfather. He smiles at me, and then proceeds to pull the rope. I almost feel like a chief guest, as though they were all waiting for me. The flag waves high in the air, showering flowers on all the persons below. As I relish the taste of Eclairs in my mouth, I hope that these good times shall never end!

But all good times do. The number of flags hoisted in our basti started decreasing year by year, until our gully was the only one which hoisted the flag on independence day. People moved out and new people moved in. Kashi anna and Virenderanna’s family moved out. My aunt Chittakka got married. By the time I was in 10th even my gully stopped flag hoisting. Patriotism was dying in the heart of the common man. Perhaps the growing religionism took over its place. There were no Lata Mangeshkars singing the national song, nor any AR Rahmans producing nationalist music albums. Flag hoisting was now, just limited to schools and political party offices. From being the most celebrated day in India, Independence day had become as dull as Ambedkar Jayanti.

The idea of a community was being dissipated. Public grounds were being converted into parking places. Community life, which was the central piece, common to all the civilizations which took abode in India, is now being destroyed in the mask of globalization and westernization. And the advent of computers has aggravated this dissipation. A person’s community life is now limited to the social networking app on their phone. He likes the status message of his online friend, but he gives a “mind your own business” look to his next door neighbour. I wonder now, if the world around me has really changed, or is it just my view of the world that has. And if the world has really changed, am I a part of the change? Am I responsible for the change?

My name is Sasi Inguva. I am just another Indian software engineer in the Bay area. I like to keep writing always. So when I am not writing code, I write poetry. An advantage of growing up in Hyderabad is that I am fluent in Hindi too, so I write poetry in all the 3 languages I know – Telugu, Hindi and English. I also am a short-film maker. Please checkout my work at http://idlyblues.blogspot.com/