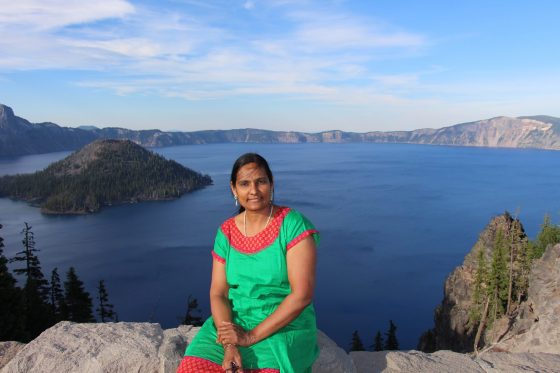 America Through My Eyes- California – North-5

Klamath Falls is a village with Falls only in its name but has no waterfalls in its surroundings. We planned a bit wrong so from here we had to travel back the way we came last night to see the “Crater Lake” that day. We had to take the same route home from Crater Lake.

Travel:  Crater Lake is about 60 miles north of Klamath Falls. That same day we had to travel almost 500 miles to go home. We woke up lazily. It was ten o’clock when we vacated the hotel room, packed our bags, and had our breakfast there. We started our journey peacefully. Everyone said that this lake is wonderful, yet, I had not browsed the images on the internet. The days were nice and warm. We wanted to have fun and frolic through boating and other things.

As we crossed the village, a large river appeared on one side of the road. It was not a river, we later knew that it was “Klamath Lake”. There seemed to be a lot of lakes around that. We started our journey the same way we came at night about twenty miles and took a diversion heading north. We were suddenly reminded of our country when we saw the small wooden electricity poles, small fields, plots with small gates. The only difference was that nowhere did people appear outside. In California, small farms like this were rarely seen, hundreds of acres of land all over there were owned by companies. As long as we roamed in the state of Oregon, we experienced that the countryside of America would be like this. We felt happy to see the small farmlands and the man was still living in that State as a human being.

We crossed mountains and crop fields. But we did not understand at a glance what was being harvested. Everything seemed to be grass for cattle. Uncultivated lands were left to be fenced off. Gradually our road took the trail of high Pine tree groves. We understood that we were going uphills. It’s snowing all over the place in the winter. Iron rods were pierced into the ground with a white mark visible on the side of the road for passers-by identification.

Fossil Fumaroles: Enjoying the thrill of climbing the mountains as if on our own, traveling through the winding road surrounded by the trees and gossiping, we stopped at a location where cars parked on the side of the road and people were getting off. Cars should not be parked anywhere on these mountains unless there’s a sign saying “Vista Point”. We stopped at such a “viewpoint”. When we stopped and looked down,  there were two mountains separated as if by an earthquake that yawned miles away. We heard the sound of a waterfall somewhere below. As we were with the kids, we did not make any attempts to go down.

As we proceeded a little further on, we reached the spot called “Fossil Fumaroles”. Rocky trails which we usually find hanging in the caves seemed to sprout like arrows aimed vertically into the sky, there on the mountain opposite the hill on which we stood. They’re awesome to see. Those were formed by volcanic eruptions about 7700 years ago.

About midnight we reached Crater Lake, Rim Village. On the other side of the board, there appeared the “Visitor Center”. We have always been in the habit of going to the Visitor Center to find out the details, so we proceeded there. They put the map in our hands and told us the details.

The lake is round. We drove the car around the embankment for nearly 10 miles to revolve around. However, it took two to three hours to complete it while taking halts at the viewpoints. Tickets for the boat ride into the lake were already sold out for the day. Children under the age of five were not allowed on that boat trip. These were the details we learned there.

We started our journey towards the right. We thought it would be best to grab something and start the journey right away. Anyway, we’ll be back there itself for the final departure.

Vidae Falls: The first small waterfall was seen. Whose heart would overcome from such an excitement not dancing when seen such an exquisite scenery, if the pure waterfalls from the hill above stream down? Satya and Varu got out of the car and ran away towards the Falls. It was difficult for me to stop Siri who was about to run with them. We had to stop the car on the roadside and go up the rocks. I stayed on the roadside below with my little baby enjoying the rustling of the waterfall and the glistening rocks. In fact, I longed to go up the waterfalls and wished to take a flight and slide down from there through the water stream.

Traveling a little further and halting here and there, we saw a panoramic view. The view over the mountain there looked polished and plain. From there the beauties of the horizon were awesome. The sky was shining beautifully in blue color. Going a little further, it looked like a large white snowflake on a rocky hilltop adjacent to the road. We skipped it unconsciously before we realized that it was worth watching. I couldn’t spare, Nope! When we reached the next turning point I insisted on turning the car backward to see what it was. It simply came to our notice that it was a great snowflake. But we couldn’t stop the car there because of a road rule. We were a bit frustrated and headed along. Of Course, we watched plenty of such sights all along and were extremely satisfied.  It did not take long for our hope to be fulfilled. By the side of the road, we observed it was still snowing here and there in that July month. If it’s the case then what would be in its winter?

Crater Lake: We reached the first point of the original Crater lake. My heart is beating fast while writing these sentences even now! When we parked our car watching the massive sight we felt awe-struck! It is not simply a feeling that strikes when we read a poem with Sanskrit eloquent words or just a lyrical poem that touches the heart when we enjoy reading, but with a teardrop on the cheek succumbing to the marvels of creation. Silence enveloped me as I saw the massive, most spectacular blue Lake ever watched, now lying in front of me with incredible elegance than any other phenomenon I have ever seen in America. It seemed that I had been able to come here and fulfilled the dream that day as a result of my contemplation for thousands of years. The beauty of the blueness of it was indescribable as if tons of copper phosphate accumulated, making the color of the sky fade in surrounding high mountain peaks.

I left the children and Satya and sat there watching at the distinct highland for a long time. The color of the water was not the one, there was something of tremendous grace in the lake. The phrase ‘fulfillment of birth’ seemed to have meant something there.

It’s not surprising that everyone who came there was no longer distracted by anything except on the lake.

There were up to ten to twelve more viewpoints around the lake. The thrill of seeing it for the first time was another feature that reappeared everywhere. Lake Creta was formed by the melting of snow and ice in the large abyss formed when the volcano exploded. This is the deepest lake in America.

The islands enhanced the beauty of the lake, like the towers in the middle of the lake.

There was a tourism bus pivoting the lake while we were there. We bought a ticket at the visiting center in advance and waited for it.  The guide on the bus gives an account of the history of the lake.

Satya switches over to look after the children usually if I have ever been silenced anywhere.

Our ten-minute time passed out and yet I did not want to move from there. When I came into this world, Siri was running behind Sathya. In the meantime, It was becoming very difficult for us to wait on this child or to run on par with her.

Mount Scott: We reached “Mount Scott”  in just four turns away from there in our car. That’s the highest peak. The peak was covered with scattered white snowflakes that looked like snow rags. Our happiness had no bounds. We parked the car and ran into a large snowy area just below the mountain. We made ice balls, threw them at each other while playing, and had a pleasant time. In a couple of minutes, our fingers started convulsing because we didn’t wear any gloves. Siri slid on the snowy ground. When we laughed at her she looked confused.

On the way back we realized that from what we had come down was a volcano. Every stone in the mud there was weird. I collected four small volcanic rocks to preserve them as reminiscents of our trip.

Satya was exhausted and said impatiently, “How could we go home if it’s like this hangout?” We felt we would have stayed there but dropped the proposal. If you want to stay overnight there, we need to book in advance. Stopping at all the places around the lake and looking at the beautiful scenery, again and again, we captured everything on our camera. Oh! we hadn’t felt any fatigue at all.

Finally, we reached the place where people were getting ready for a boat tour. But nowhere in sight was the boat boarding location. It was learned that the place would be reached by descending vertically a mile on the embankment of the lake. That’s why we couldn’t find anything on the embankment.

Return trip:  We were already late for lunch. Two restaurants out there were fully occupied. The children were smart and patient. We waited in line there, spent another hour in the restaurant, had our lunch, and left.

We fixed a rule not to halt anywhere on the return journey anymore. We felt sad to leave Crater Lake. Yet, moving forward in life is the principle of life. We crossed the Oregon border at five o’clock in the evening and came back to California without stopping. As it happened to be a highway, passing into California, every car was searched. California is the richest State, traveling forty miles ahead, the whole area seemed without the traces of the neighboring states, in a Californian manner.

On our way homeward we had to cross Mount Shasta again! Even fifty miles in advance Mount Shasta began to unfold before our eyes. But since we decided not to stop, we took photos from the photo area next to the road and headed forward spending some time there. Crossing the Shasta River and Redding village, we took the freeway I-5, and crossed the California capital, Sacramento, and reached our town at eleven o’clock at night, taking a five-day unforgettable vacation from Northern California.