The academy continued to be indifferent, despite the unprecedented interest the readers, the magazine editors, and publishers were showing in the fiction by women writers at this time. Women writers were conspicuous by their absence in the critical works produced by the academy in the sixties and early seventies but for an occasional reference to one or two writers like Lata and Ranganayakamma. A quick glance at the academic studies by scholars and researchers would reveal that the names of the women fiction writers appeared only sporadically.

In 2000, Potturi Venkateswara Rao devoted one complete chapter to female fiction writers, entitled “Exclusively for Women” [Acchamgaa Aadavaallakosam], in his book, Naati Patrikala Meti Viluvalu [The High Standards Of The Magazines Of Those  Times]. Poranki Dakshinamurti published his book Kathaa Vangmayam [History of Short Story] in 1995, and listed more than 200 writers as eminent fiction writers between 1910 and 1975. In his book, he included thirty women writers; and out of the thirty, twenty-four were writers of the fifties and sixties. Kanchanapalli Kanakamba (1893-1988) was named as the first woman writer to publish an anthology, Chakkani Kathalu [Beautiful stories]. Among other writers mentioned were Kanuparti Varalakshmamma (1896-1978), Kommuri Padmavatidevi (1909-1970), and Illindala Saraswatidevi (1915-1998).

During the past quarter of a century, there was no significant change in the ratio of male writers to female writers in terms of women’s representation in the anthologies. Even to this day, reference to women writers in critical studies is limited. I must however admit that women writers are being accepted as subjects for M.Phil. and Ph.D. theses. Interestingly, we find even the female scholars and critics from the academy focused only on the male writers of repute.

My question is why the universities would confer honorary doctoral degrees on women writers while denying them a fair place in anthologies and literary discussions.

The women writers became subjects of doctoral dissertations in the eighties. Arepalli Vijayalakshmi, writer and scholar, noted, “Twenty-nine novels were written by women in the first quarter of the twentieth century. … By nineteen sixties, the number went up significantly. … Nearly two hundred women have produced several thousands of novels … A peculiar phenomenon has occurred concerning the fiction by women in the post-independence era. There was a major change [in the history of Telugu fiction]”.

An established male writer and critic, Koduri Sriramamurti, commenting on the same period, said, “Currently, women have been writing fiction like never before. The demand for fiction by women writers has increased tremendously. I think it is perfectly fair to label the present period as ‘navalaa yugam’ and I mean it in both senses.” The Telugu term navala has two meanings—woman and fiction. The two comments, one from a female critic and the second from a male critic, both from the academy, together, sum up the present day perception of women writers in Andhra Pradesh.

To put it a different way, the women writers found a strong platform for their writings in popular magazines giving rise to two powerful but contradictory arguments. On one hand, the scholars and the academy found one more reason to dismiss the women’s writing as non-literature, and on the other, the publishers found it a major contributory factor for increasing their magazine circulations and sales, and, therefore became avid supporters of women writers.

Criticism of women writers started appearing in academic works in the late seventies and eighties. Given below are two examples of the male critics’ perception of women’s writing. Sriramamurti labeled Ranganayakamma as an “angry [young] woman.” Vallampati Venkatasubbaiah commented, “Study of women’s issues from historical and sociological perspectives started with Ranganayakamma.” He further added,

When a woman, who has been oppressed and violated for centuries, questions our dubious values, we cannot expect her defiant questions to be in polite language. We must brace ourselves to be hurt. We are not qualified to dismiss those questions as angry outbursts. On the contrary, we must ask ourselves why the voice is so loud and where those belligerent questions are coming from.

Ranganayakamma is a superb writer. She possesses sharp imagination and brisk style. Although she has vigorous imagination, fierce ingenuity, and inspirational style, she could not become a writer of the same caliber as Premchand, Sarat and Tagore because of the fixated zeal of her extremist ideology and subsequent lack of understanding of the existing social structure.

These comments, put in juxtaposition, indicate that the critics have noted Ranganayakamma’s writings only within the ideological context. Implicitly she wrote like a man. In that, I have to wonder what criteria are used for judging a writer or her work.

Among the writers that were most unpopular with the academy, Lata stood foremost, followed by Sulochana Rani. Both Lata and Sulochana Rani were accused of presenting unrealistic dream world and misguiding the impressionable youth.

Lata faced harsh criticism for writing about the horrendous stories of the prostitutes on the streets in shocking language and attacking the society in scathing terms. Her first novel, Gali Padagalu, Neeti Budagalu [Kites and Water Bubbles] was published in 1951. The book was not officially banned but there was a social taboo. The elite dismissed it as a cheap attempt by a woman writer to sell her book. Questions such as how could a woman write about prostitutes and how did she come to know all the gory details in the first place. it became a moot point.

For the first time in the history of Telugu fiction, author’s gender became an issue. In the past, Muddupalani was criticized for her poetry. 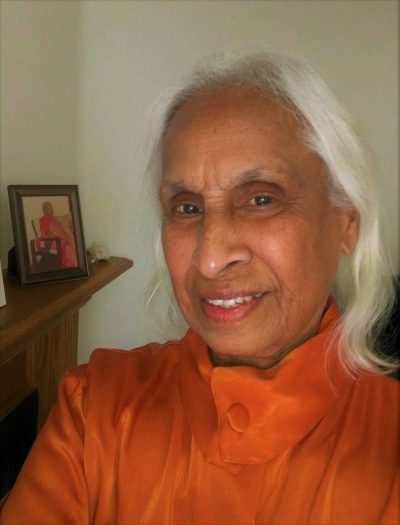 Nidadavolu Malathi born in 1937 to progressive parents, Nidadavolu Jagannatha Rao garu and Seshamma garu. She has Masters’ degrees in English Language and Literature, and in Library and Information Sciences. She has been writing fiction in Telugu since early 1950’s.

She moved to America in 1973. In 2001, she created a website, www.thulika.net, with a goal to introduce Telugu culture and customs through translations of stories and original essays on various topics. She has translated over 100 stories and wrote several critical essays. The website has been a good source for researchers in several universities abroad. In 2009, she started her blog, Telugu Thulika (www.tethulika.wordpress.com) where she has been publishing her Telugu stories, essays and poetry.

Her translations have been published in 2 anthogies, From my Front Porch (Sahitya Academy), and Penscape (Lekhini, Hyderabad). Her short stories in Telugu are published in 2 anthologies, Nijaanikee Feminijaanikee Madhya (BSR Publications) and  Kathala Attayya garu (Visalandhra). She also has published eBooks: Eminent Telugu Scholars and other Essays (Non-fiction), All I Want Was to Read, My Litttle Friend (Short Stories.)