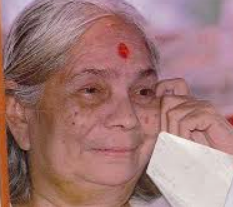 “Hi, Grandma, are you ready with your story tonight?” asked  Gautam as he entered the room.

“Yes, I am. In fact, before you came, I thought of one unusual story. You might like it, I think.”

“Surely it is unusual for the times it was written. The name of the story in original is Smarana. It means remembrance, relating to memory. It is written by Sourees, an author from way back in 1930s. She was the adopted daughter of a revolutionary writer in Telugu literature called Gudipati Venkata Chalam, popularly known as Chalam. In his younger days he was an atheist and wrote vehemently protesting the caste structure in our society. His was the first voice against the oppression of women in society. The oppression in those days stems from social backwardness which denied even basic opportunities such as schooling to women. Most of them were married off to old men before they hit puberty and became widows while they were just out of their teenage years. Sourees was said to have influenced him to change the course of his life and directed him towards Arunachala Ramana Maharshi. He became an ardent follower of the guru. I visited Sourees when she was living in an ashram of her own on the beach in Bheemalipatnam, near Visakhapatnam. Sourees too established an ashram and she had a considerable following in her later life. Even years after her death, the ashram is being maintained as a tourist spot as it was situated on the sea shore with pleasant scenic surroundings.

Born in 1921 on 13th April, in Hospet, she only studied up to elementary school. She wrote a number of short stories, some of which were collected in Sourees Kathalu and two more books Sourees Navalalu and Sundar Sourees a play written in 1940. All her books were published in 1997 by Sneha Prachuranalu.

Her stories are very thought-provoking and at times philosophical. Smarana as the title suggests is about how the memory of her association with a childhood friend gets buried in her mind and reawakens when she suffers an imbalance of mind. It is apt as most of the time our writers go back to the past for subject. One can see the characters reflects their interest in the inner world of women and in later life they turn towards spirituality and philosophy along with a sense of resignation.

Remembrance, “Smarana” in the original, was one of the stories she had written around 1946-47. It was published in her short story collection. It is about a forgotten memory knocking at the door. It is normally said the best part of human life is the childhood. Where is this childhood located? When can you say your childhood ends? In today’s context the awareness of the world around starts for children very early in life because they are exposed to electronic media. Smart phones, chat groups and music videos and so many aspects of the globalised world in addition to TVs in the drawing room. This was not the case in those days, as children were exposed to more open areas, schools, play fields and gardens. The restrictions on children were not also many and they could wander or play in their small villages and small towns more freely. Girls were not exposed to crimes and violence and it was a more cherished time.

This story starts in an asylum or a sanitorium which offers treatment to disturbed minds. The female protagonist in the story, an inmate of this asylum, was lost as to who she was and what was she doing there. She obviously lost her memory and vaguely remembered moving around in a chauffeur driven car, a man with glasses and bald head sitting by her side. He was constantly attentive and caring and obviously she seemed to have had no problem with him but did not know who he was and why was he taking care of her. He used to call her ‘Ratnam’. Was that her name? One evening the nurse pushes her wheel chair into the garden and leaves her there. She sits in the garden, brooding. She sat there for so long that she lost track of time thinking of the times she walked bare-foot on the lawn and then suddenly she smells a sweet fragrance. Not realising that she was imagining the wet walk on the lawn from her past She thoughtrealised that the nurse would scold her for walking on the wet grass as she might catch a chill. But the fragrance leaves her wondering about that restless wonder in her mind. Some white flowers in the garden trigger her mind and she kept harping on the smell and recollects that she was familiar with these flowers but does not remember how.

She was running with the flowers and someone was calling out “Kamini, Kamini.” Then she remembers these are kamini flowers and the boy calling was Suryam her childhood friend and companion. She used to don her expensive dresses and go every day to his house for flowers. He used pluck flowers for her. They used to chat and talk for hours. When she wanted to go home, he used to threaten her that she would not get flowers again if she goes. Her childhood rolled by and there was talk of her marriage. He tells her they should marry. “If you give me flowers every day, I will marry you only and no one else,” she tells him. His face brightens. Then comes the memory of her mother’s happiness at a match- great match good job, lot of property and a rich life. The marriage settled, she was excited by the talk of marriage as it means celebrations, expensive dresses, good food and gold ornaments for her. His face drops. She did not notice his face nor his disappointment in her excitement. He asked her ‘you said you would marry me?”

She told him he could not have given her all these diamonds and jewellery. He gives her the flowers and tells her he could give only the flowers as his gift for her marriage. He disappeared from her life like the last note of the sannai. Happily married she goes to her husband who was by all standards a good husband. After marriage first time she visits her village, her home. She runs to the neighbour’s house shouting ‘Suryam, Suryam,’ One girl appears and asks “Who are you?”

“Where is Suryam? Who are you?”

“I am his sister. My brother is not here. He died.” But he made sure she would get her flowers by telling his sister to give her flowers whenever she comes.

She cried miserably at the shock when she heard that he gave up on life after she left. But she pushes it back into the deep recesses of her mind as she could not bear the weight of the guilt the thought of his death invoked in her. But gradually, sShe feels her husband’s sorrow at her ill health and gradually gains her balance. When her husband tells herher, she must come home soon as everyone at home would be waiting for her. Everyone – reminds her that she is a wife, a mother, a mother-in-law and a grandmother.

“That is what is written for us,” she reflects with resignation.

These are all questions connected to the inner life of the character whose name was just passingly mentioned once ‘Ratnam.’ She has no other identity in her life other than as someone wife, some one’s mother/mother-in-law or grandmother. She resigned herself to that bitter truth. About her relationship with Suryam, she was a child and an innocent one at that. She did not meet the woman in her when she talked or played with him. She remained a child till her marriage. Once she got married, she adjusted to her changed life. But why did she end up in an asylum was an important question. The story follows a  stream of consciousness technique in narration, where the lady in question is revealing her inner dilemmas. She not only did not love him and got attached to him innocently, but she also did not realise his love for her. He was also not enitirely an adult and his sensitive and romantic nature could not deal with the rejection. When he died, perhaps the guilt that she was responsible for his death was so deep that she buried it deep in her subconscious mind and did not want to face it. And after a long uneventful but duty-bound life her feeling of guilt, that was suppressed for so long, impacted her mental balance and she forgets everything related to her current life and her mind harps on aspects of what she had left far behind. When kamini flowers trigger her memory, she re-lives her sorrow and relieves her mind.

It is a beautiful story that explains the inner turmoil of the woman poignantly. Here one can ask the question- would this strike a chord in the mind of today’s readers? For the most part we may not really believe it would as the social contexts have changed. In terms of the writing- the subject tone and tenor have changed almost after eight decades. Women no longer get married that early. They are probably no longer so attached to their first love. Love vis-a-vis marriage has now entered an experimental stage in India as we have contract marriages and live-in relationships and such, where the younger generation would like to experiment before they choose their forever partner, if there is one. Women recognise their right of choice and need for democratic relationships in marriage or in any kind of man-woman relationship. The innocent love and how it impacted the two young adolescent minds in this story are like a fresh breeze for the readers.