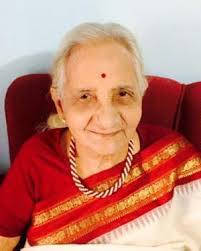 “Grandma, today I will tell you a story. Not a story in the sense of what you tell me, but it is about what is happening in the life of a classmate of mine”

“Why, what is happening to your friend?”

“It is a strange story. Last year he discovered that his parents are not his biological parents. They have actually adopted him.”

“If he lived all these years believing that his parents are his biological parents and if he did not find any difference in his life before he discovered the truth and after he came to know the truth, he should not really bother.”

“No, it does not really matter as they raised him like their own flesh and blood. He went to a good school, earned his scholarship and was very happy. But now he wants to know about his parents, who they were, why they abandoned him and all those details.”

“Perfectly natural and human to have that kind of curiosity. But it requires not just emotional security but psychological maturity to deal with this complex issue. I am reminded of a story by Dwivedula Visalakshi, who wrote on this subject”

“Oh, you know a story on this subject! Go on tell me.”

“This may not exactly be your friend’s story. We do not know in what circumstances kids get separated from their parents. There may be several reasons for this. One person’s solution cannot be everybody’s. One cannot judge the parents for leaving or abandoning their children. In normal circumstances no one does it, unless there is a pressing reason. There may be some rare cases where parents wilfully give up  their child.”

“Anyway, back to our story. There lived this couple Kantamma and Paramesam in a village. The story starts on a day when Kantamma was busy celebrating the birthday of her daughter. She made specials for lunch and Paramesam finished his lunch and was lying down.

His mind went back to the day, one year ago when he and his wife went to attend the festival Goddess Mallaharm Maridimamba. Kantamma was buying bangles for herself when they heard the commotion. The tents caught fire and it was spreading wildly. Paramesam grabbed her hand and started running out of the area and did not stop till he reached his home. He was about to open the door when he saw this girl sitting on the veranda in a corner and crying miserably. She was sobbing and was unable to answer any questions. Kantamma tried to feed her but she did not eat anything, refusing to drink water also. Next day he took her to the police station, and from that day he visited the police station everyday trying to find if her relatives came looking for the girl. The police were also tired of his visits and told him either to admit her in an orphanage or keep her with them till someone comes. Kantamma did not agree to send her to the orphanage, That is how she became their daughter and today Kantamma is celebrating the birth day of the girl as she completed one year in the house. She happily settled with them.

He was about to fall asleep when he heard a timid knock on the door. At first, he tried to ignore it. But next one was a little more insistent and his wife called out to him to attend to the door as she was busy preparing for the evening’s function. She called a few people to celebrate her daughter’s birthday. He got up reluctantly to open the door. There was a tired old man who appeared to have travelled long distance to reach his door. He showed him a piece of paper. It was a paper clipping. Paramesam became more alert and invited him into the house.

The man introduced himself as Rangaswamy. The missing child in the paper clipping was his grand-daughter, he told Paramesam. At first, he did not believe his story but as his story picked up Paramesam sensed the truth of the old man. His first concern was for his wife who had grown so accustomed to having the little girl around her that she considered her to be her own. When he was talking to the old man, he told his story in detail. His wife, daughter, and his son-in-law, who was also his nephew, had gone to the annual festival of Maridimamba temple like every year. There was a short circuit that led to a fire accident and many people died within no time. He came to look for them. No one could give any information about his daughter and her family. He looked for his grand-daughter he thought she too must have died when no one could provide any information. But suddenly this paper notification appeared kindling hope and here he was looking for his grand-daughter. Kantamma calls them in and he goes to bless the girl. Paramesam suggests that he should call the birthday girl by name and when and if she responds he can take her home. Rangaswamy calls out loudly “Nimmy, O Nimmy, come here” All the children looked back, but not the girl. She looked back and looked back in puzzlement at the old man as if she did not recognise him and turned away from him. Paramesam sighed in great relief.

Paramesam followed him to the bus stand when he was leaving. Then Rangaswamy tells him, that the baby is lucky to have reached their home where she is getting such great love and care. When the bus was about to move, what he tells Paramesam that changes his whole perspective. He was thus far under the impression that this old man could be a fraud trying to take back the child for a selfish gain. Then he thought he could be genuine. Lastly, he was relieved when the child did not recognise him.

Now how do you assess the condition of this girl? As she is well taken care of, she may not miss her parents as she was not even aware that they were not her biological parents. But when she comes to know, like your friend now, the truth of her birth how would she react? The story leaves a number open possible endings. She may feel curious, cheated, unhappy or simply blessed. Sudden revelation might shatter her confidence and leave her wondering about the why and when of everything? Was she really an orphan? All those days when she did not know about her loss, she did not feel like an orphan. She was like any other person with a normal family. Overnight what changes the situation for her? She may feel cheated that this was not revealed to her earlier. It would not have made any difference to her if she was told early in life. We do not even know if she gets to the truth from the story or at what age would she get to know of her being an orphan. Had her grandfather ever visited again to meet her? Or maybe she will remember how she became an orphan and how she ended up with her adopted parents and she would feel really blessed to have been picked by them when she was a child. So, in critical situations a person’s ability to face adversity depends on his maturity and individual nature. Like life, stories cannot not answer all our questions. All the answers we get from fiction may not satisfy everyone either. Solutions can be different for different people.”

“Excellent grandma, I will tell my friend this story and tell him what you have told me now.”

Grandma laughed aloud and said, “And he may tell you it is easier said than done.”