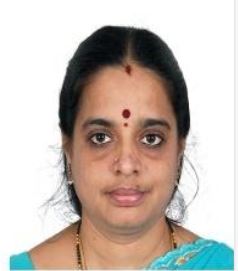 Hero of My heart

As I joined my job in Government service, I was privileged to meet this humble girl from a small town, very timid, diffident in conversing and appeared to be an absolute introvert.  Very soon, I discovered that she hails from a poor family and her father is a cycle mechanic.

Only after she got reassurance through certain self defined tests that perhaps I passed, she started speaking to me. Learning about her family background, I slowly learnt how mighty they are in real intrinsic worth vis-à-vis the so called societal paradigm. A strong desire developed in me to meet that personality, whom she would not speak much about, yet reflects the self-contained ideals that possibly were imbibed through exemplary parenting and become their insight, her father.  My enthusiasm all the more became strong.  I have decided to visit the man who never saw a big city and boarded a train till he is fifty. A father of five kids of whom four were girls, to my amazement, educated all of them who are not only self-reliant but do hold renowned positions now.

As a person working in a bi-cycle shop repairing the cycles, with grease on his hands and stains on his clothes, startlingly, possessed a crystal clear heart that adopted a little hamlet nearby. Having a huge heart to endow better facilities to the populace cut-off from the rest of the civilized world, the only hitch he had was affordability.

Their home was a small shelter, with a tiny space for cooking, that we can call a kitchen lavishly, and a bed that’s of course made-up with a neat bedspread. That little home was surrounded by the serenity of green vegetation welcoming all the passers-by and with a little garden with fragrant flowers.  As we walked down the small narrow street of that town, it was evident that the entire town seemed to be well developed not just in terms of standard of life but also in terms of technology. On approaching the cycle shop, I saw a lean man with a thick cotton khaki knickers/half pant and a loose shirt with the same fabric that depicts non-affordability, which of course now, is a fashionable and trendy outfit for men of all ages and a sign of affluence in metropolitan cities. As my friend introduced me, I got to listen to a confident tone that enquired about my family, future plans with regard to career as well as personal goals.  This again made me become conscious that, the person that I am speaking to is a thorough gentleman with no gibberish notions and wrapped-up niceties, but sticks conversation to the point.  Dumbfounded by his farsightedness, I now am more than convinced that there is as much to learn and discover about this man, so much to see his baby, the little hamlet.  I couldn’t afford to lose any more time to visit the most desired place of that moment, the hamlet that he adopted and nurtures.

While lush green foliage complemented with the fragrant smiles of the flora, apparently well thought-out by the neighbourhood, welcomed us and at one end, blocks of meadows and well-grown crop, in the offing for harvest gently swinging along the breeze gazed at us, probably stunned to see a new guest to their world.  A small hut like structure greeted us where groceries for the community are stacked well that are used for the community meal twice a week. These meals constitute complete nourishment for the women and under-nourished kids. The healthiest millets and organic vegetables that are grown collectively in the neighbourhood are used.  Mud pots filled with drinking water were neatly arranged and an open-air stove with mere three granite stones was positioned at quite a distant place and the firewood that apparently is being collected from the shrubbery around, is prearranged and stacked in a manner that is both handy and orderly. The elegantly flowing stream had the purest water alluring every visitor to sip some. At a quite reasonable distance was seen a big man-made pond like pit filled with water, supposedly for cleaning with a drain facility arranged, a well-thought arrangement that the stream water remains un-polluted and contaminated with any wastes.

A young lady, a bit older to us was seen so engrossed in stock verification of the stacked groceries, supervising cooking activities and making acute calculations for the new stocks.  I was taken aback to see a totally outsider in such remote place assisting my friend’s father, as it was clearly evident that she isn’t a family member. On enquiring, I was thrilled to learn that she is a volunteer who gave up her job in the NGO that did similar service, only to support him.

And though that interesting tale remained just an insipid past for her, it did fascinate me. On one fine morning when a team from a famous NGO passed-through the road where the cycle shop was located, the vehicle that they drove broke down. The thwarted team that got stuck in an unknown place for hours without food and water was invited for a meal and comforting themselves until their vehicle got repaired. Astounded by such invitation in such remote place, the team readily agreed to the offer and embraced the gesture.  After a sumptuous meal, the head of NGO team tried to enquire about the NGO that served in this secluded place.  He was awestruck to know that this tiny hamlet that is yet to find place in the national population statistics, is adopted by a single person and the entire development was due to his individual efforts, a designed haven of an illiterate individual.  Tears rolled down the eyes of a passionate young lady of the team who at that very instance decided to leave the NGO that involves in doing similar works but strives more to be recognised and acknowledged.  A humane in soul and spirit, got drawn to a man alike, from whom she thought could learn much more. From then on, she lived in the hamlet.

A cycle mechanic, who in our societal standards barely gets hand-to-mouth through the earnings from his job, and as a man of high esteem who revere education, adopted a hamlet, after providing all his five children decent education. He created small scale creative units with the natural resources that village had and promulgated ‘make-in-hamlet movement’ that made them self-sufficient resulting in improving their standard of life. All his kids were motivated to be weekend teachers to the children in the hamlet. And that hamlet is leaping into the list of literates, while it neither has a road or electricity.

He became my all time favourite hero, who lived the simplest possible life and not only helped the kids to be educated, but thrived for the community to grow and become self-reliant.  Last but not the least; he took utmost care to protect the nature promoting cleanliness that left the ‘Nature’ undisturbed and un-abused. He is unaware of slogans like ‘save the earth’, ‘swachata hi seva’ nor has come across the campaign of educating girl child or learnt through modern education the importance of promoting hygiene in rural areas. In the past, he probably had few bitter experiences emerged out of famine hit circumstances when an entire community got orphaned to death, and harsh repercussions in a community with undernourished kids and uneducated women.

The hamlet later caught the attention of social media with inputs from the NGO worker, and could not escape the attention of the urbane world, only to become a role model for the entire country.  The cycle mechanic became my all time hero for his simplicity and earnest desire to serve others despite meagre resources.

Humanity is when one feels the pain on seeing a person who hadn’t eaten for some time and literally licks the remains from a platter in a garbage bin. It’s the same pain which one feels when one sees an under-privileged kid standing outside a toy shop while the blessed gets a new toy car for their kid.  It might sound a stupid but the fact remains unchanged that we are all born to help each other and not to walk over each other.

In the days that humans lost all the virtues of being humane, this HERO is the celebrity of my heart.