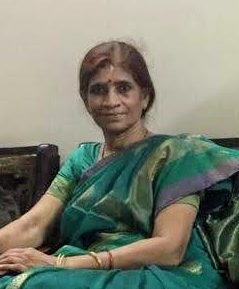 Roshini, Deepika, Sushma, Prameela, Jayasri and Soujanya frequently pass by me on the way to school and exchanging smiles with me. They are in tenth class. Every day, their school conducts extra classes for a couple of hours after school hours.

Even if they come early to the hamlet due to cancellation of extra classes, they don’t bother to come to my class. Being in Tenth class, they try to show their superiority and act as if they chose to ignore my class, even when they are around. They did come to the class on that day, only to inform that they have to complete the home work of English grammar, which they were struggling to understand and hence, they should be exempted from my class.

I asked them to attend my class whenever they could. Initially, they resisted.

“We have chores to do,” they forwarded a reason. “Then, home work has to be finished too”.

“You may come after completing your chores so that other students will be gone by then and I will be free to teach you”. My relentless follow-up, added to the pressure from their family members.

They came, but seemed unsure in the early days.

“Teacher,” they pointed out regularly, “we were not taught like this in our school. Your teaching is unfamiliar”.

After completing the syllabus, I conducted a series of written tests on daily basis. That caused some change in their attitude. As their resistance subsided slowly, they became more attentive in the class.

Parents of almost all those students are agricultural labourers. A few of them worked in shifts at the nearby pickles factory.

Prameela’s mother, Rosee, worked in a hospital. She is the only one to wear clean and expensive clothes. She can be seen in the evenings, pillion-riding with her husband, on her way to the shift duty.  Often, she stops by the class.

“Teacher,” she pleads with a broad smile. “Please see that our Prameela studies well; she should become a doctor!”

Prameela interrupts her mother’s sentence and asks, “Amma, did you prepare the food?”

“Why are you always bothered for nothing but food?” snaps Rosee. “Didn’t you have lunch? I have to go now, I will ask your brother or father to bring a pack of biryani for you while coming back home,” and she was off.

Prameela returns to her seat, with impatience writ large on her face. “By the time they return from their royal chores,” she mutters. “I would be dead with hunger…”. They are clear enough for everyone to listen.

That was a usual exchange between Prameela and her mother.

Rosee tried to show off that her family is doing financially better than many of her neighbours.   She specially invited me to her home, to show her newly bought, large-screened colour TV.

“What do you say, Teacher?” She said,

“I asked to buy a bigger one but my husband didn’t heed. That’s fine, I would change this by next year!”

The room is neatly arranged with a double-cot bed and an air-cooler accompanying it.

Rosee led me into the kitchen. Now to see the new gas stove and mixer. Similarly new stainless steel utensils are neatly stalked in the niches in the walls.  I didn’t find any of the usual kitchen stuff like grain canisters or condiments’ jars.

As if she had read my mind, “I am not used to store groceries, teacher,” she offered an explanation.  “We buy everything afresh. Moreover, I don’t like to spend my time by the stove. Whenever needed, I usually order snacks or biryani from the stalls nearby”.

Prameela is the brightest girl of her batch, who grasps her lessons quickly. She is studying in English Medium since last three years.

One day, after a while in the class, she admitted. “I am not able to understand anything, Teacher, I am hungry”.

Since then, the complaint became regular. It prompted other students to start mocking her.

That day, Rosee came to the class.  “Teacher,” she requested hurriedly. “Please excuse Prameela from your class, just for today. My husband is taking us for a movie in the City Mall”.

Before I could respond, she continued. “I too, took leave from the hospital. My husband rarely finds time for such outings. As his boss is out-of-station today, he offered to take us for a movie at the mall. Please let her leave, as we are getting late”.  And she was off with Prameela.

City Mall has been built recently. Its patrons are gradually increasing.

I started allocating extra home work to the students so as to ensure their attention towards studies. I also started rewarding them with a new pen or a Note-book, even when they did mistakes in their home work. My attempts to keep them focussed on their studies are continuing.

One day, I was teaching ‘tenses’. The girls seemed to have understood them after a couple of examples I offered. Then I encouraged them to form their own sentences using the ‘past’, ‘present’ and ‘future’ tenses, by drawing experiences from their day-to-day life.

Soujanya tried. “Teacher,” she said after failing to form the sentence correctly. “I studied in Telugu Medium”.

“That doesn’t matter. Think about it. You must be able to understand the question before answering”. I pressed. “You would enter college in another four months!”

Soujanya stood quietly. Doubting their ability to answer, other girls sat in silence.

Prameela stood up. “Teacher, May I?” I nodded.

I knew that Prameela was not joking. It is sad to notice the troubles of children growing up without proper nutrition.

“Prameela,” I said, nevertheless. “Couldn’t you find any better example? You are the only one to complain of hunger amongst your friends. Why don’t you eat something before coming to the class?

“They too are hungry, Teacher,” Prameela said feebly. “Only that they don’t say so. Moreover, I would have eaten, if something is available at home”. She hid her face with the notebook.

I didn’t see that coming. At least from Prameela, who supposedly belongs to a financially better-off family. A glimpse of the neatly arranged kitchen in her house hovered before my eyes. How come Rosee, so particular about the spic-and-span appearance of her house, could be so ignorant of her daughter’s hunger pangs?!?  Doesn’t she accord some importance to such matters?!? And, she could readily spend money for watching movies and costly dinners in the City Mall!

It was surprising to gauge the orientation and understand the priorities of some families that are in a slightly better financial condition.

Then came forth the fact that, irrespective of income levels, many people try to show-off their social attitude, at the cost of ignoring their actual needs!

Whatsoever, Prameela should not stay hungry in the evenings.

Have to discuss with Rosee!