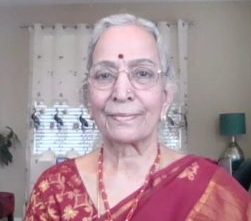 Beware of the fence

“Just because it is inevitable, I am attending this marriage. I am worried to leave Dhanya all alone at home.” Said Karuna, who was flipping through the files in front of her listlessly.

“ What? She is just a kid who has entered her teens. Why do you leave her alone and go? Are you coming back this night?” Prasuna, whose seat was next to karuna expressed surprise.

“ Marriage will take place tomorrow early morning. I applied for permission this afternoon. I can’t escape attending the marriage of my cousin’ daughter. Dhanya has Maths Olympiad test on Sunday. Those who got selected from District schools will participate. Dhanya is selected from her school. Those who fare well here will be allowed to participate in State level competition. Dhanya is adamant about writing this test. She says “ I am not afraid to stay alone mom. Our tenants stay next door.” Karuna threw down the pen on the table.

Karuna and Prasuna had been working in “Roads and Buildings office” for the last ten ears without being worried about transfers. They had nothing to envy each other and maintained good relationship where in they shared their family problems and helped each other.

“ You can leave Dhanya with us. It is only for a day.No problem. “ Prasuna offered wholeheartedly.

Karuna pressed her palm to express thanks and said,” You know that Dhanya is very shy . She can not concentrate on her studies in new surroundings. “

“ Why do you say that on her behalf? First ask her and inform me.” Prasuna insisted.

Prasuna had two sons. One was studying in Hyderabad and the other in Warrangl. She was senior to Karuna by six years. Karuna respected her age where as Prasuna treated her like an younger sister.

Karuna came home early in order to catch the evening bus to Nandyal. Her husband Kishan was impatiently waiting for her.

Karuna got ready in no time and tried to convince Dhanya to stay in Prasuna’s house.

“ Dhanya! Prasuna auntie invited you to stay with them . It is only for one day right? If you stay alone here, I can’t be peaceful there. We will drop you in Prasuna ‘s house and proceed to the bus- stand. “ she handed her daughter a cup of hot chocolate and cajoled her.

“ Please Mom. I can’t concentrate on my studies there. I told you I am not afraid of staying alone. Our tenants are with in earshot. Don’t worry about me unnecessarily.” Dhanya said in a tone of finality “ You need not bother about my food . I am not an outsider. You carry on happily. I will be there to give company to Dhanya.” He assured.

“By the way if you come across a suitable match for my daughter among your relatives please get the details. My daughter got her degree and secured a job too. So if we marry her off we will have fulfilled our responsibility.” He added.

“ certainly we will do it.” Karuna replied and went in to fix coffee for the guest.

Dhanya who was listening to their conversation followed her mother in a hurry and packed two pairs of her clothing in a bag and said “ Mother. I am coming with you. I don’t feel like taking the test.”

“What? You are so sure of making through the test and say your teacher feels it an honour for the school if you get selected to participate in that state level test. Why do you all of a sudden want to come with us?” Karuna exclaimed.

“I don’t want to take the test.” Dhanya said stubbornly.

“Hi, Sweetie! I bought this dress for you. How do you like it? “ Siva Rao who came into the kitchen showed the new silk dress to her and put it on her holding her shoulders familiarly.

Dhanya stepped back instantly saying “ Thank you uncle. It is good.”

In the meanwhile karuna informed her husband of Dhanya’s insistence on coming with them.

Kishan Rao who was already pissed off for the delay got irritated to hear this news.

He called Dhanya and said “ why do you behave like a kid? When we asked you to come with us you refused saying you wanted to attend the test. I gave my word to your teacher that you will represent your school. So no more arguments. Stay home and prepare well. Your mother cooked the meals for the night. That will suffice for you and and uncle. Ok. We will be back tomorrow.”Saying so he walked out .

Karuna hugged her daughter who looked like a hurt dove. “ You are my darling. Fare well in the exam. Okay?” Karuna followed her husband.

As soon as they settled in their seats, karuna rang up Prasuna and informed her of the arrival of the guest in the last minute;Dhanya’s sudden change of mind ; her insistence on going along with them and how they persuaded her to stay back.

“Okay Karuna. I will meet Dhanya on my way home. Don’t give a thought about it.Enjoy your trip.” Prasuna said.

By the time Prasuna arrived at karuna’s house, Dhanya was sitting in the verandah. She was wearing a new silk dress and looked as if she was agitated about something.

The moment she saw Prasuna , she came to her and held her tightly resting her head on Prasuna’s shoulder, which was an unusual thing.

“ Are you already missing your mother? Your mother says you are a brave girl. Usually you wear nighties at home. Why are you wearing this new dress? When did mummy buy this one?” Karuna patted her back affectionately and asked.

“ Uncle got this dress for me and wanted me to wear it.” She said as if speaking about an unpleasant thing.

Then she asked “ Auntie! Have I put on weight? Uncle said that I have put on flesh here.” She showed her hips. Her facial expression showed her disapproval of that touch.

“ It is okay. Go and change your dress. I don’t know that your uncle is here . So I have come to stay with you this night.” She put her arms round Dhanya’s shoulders and led her inside.

“Are you sure auntie? If you are with me I feel as if my mother is with me.” Dhanya beamed at her.

“ Uncle! She is Prasuna, my mother’s friend and colleague. She has come to give company to me thinking that I feel lonely in my mother’s absence.” Dhanya introduced her.

“ Hello! I was wondering whether this girl would eat or not and whether she would stay awake the whole night reading . You are here to take the responsibility off my shoulder.” Siva Rao said.

He looked like a gentleman, tall and fair complexioned, with a touch of greying in his hair and smooth talk.

Later she rang up her husband to inform him that she was staying with Dhanya for the night in the absence of her parents.

That Sunday after the examination was over Prasuna took Dhanya to her home.

“ Now tell me Dhanya! You did not want to attend the marriage because you were particular about taking this test. Then all of a sudden you refused to write the examination and wanted to go with them. What compelled you change your mind?”

“ Auntie! I don’t like to stay alone with my uncle. He behaves strangely. Last time when he visited us, when mom and dad went out, he suddenly put his head in my lap saying” Today I feel sad remembering my late sister. I feel happy if I take rest in your lap” and put his face to my chest. I did not like that touch. I got up and left the place. Yesterday he forced me to wear the dress bought by him and when I obliged , he patted my hips saying “ you are grown up in these four months. The dress is tight here.” Dhanya blurted out .

Her face turned red when she narrated the incidents.

“ why did you not tell your mother the first time itself?” Putting her hand on Dhanya’s head affectionately Prasuna asked.

“ I was afraid she might be angry if I say such things. After all he is my father’s cousin.” Dhanya’s eyes filled with tears as she spoke.

“You are a very intelligent girl Dhanya. But you should not hesitate to share such incidents with your mother.” Prasuna advised.

The next day as soon as Karuna came to the office,Prasuna went to her and sat by her side.

“ Siva Rao left yesterday. Dhanya told me about his advances. I thought she was being stubborn when she wanted to come with us and refused to stay back. Unlike you, I did not ask her the reason. I thought he being a relative, would take care of my daughter..” Karuna felt emotional and stopped.

“ Times have changed Karuna. We should be all the more careful about our girls. There are people with beastly nature who indulge in child abuse. We can’t say from which corner the danger comes- friends, neighbours,or relatives. Dhanya has entered her teens and so could suspect his behaviour. Younger kids would get into the laps of kith and kin innocently . I think here after we should teach our children about good touch and bad touch. At the same time we should also be careful about people with whom we trust them. We should be beware of the fence and see that it does not harm the field. Such people’s wile deeds hurt the children emotionally and the experience would haunt them as a bitter memory.” Prasuna closed her tearful eyes .

A fleeting thought whether Prasuna herself was chased by such painful memory passed through Karuna’s mind.

Wordlessly she pressed her friend’s hand to show her understanding.

and got immersed in her studies.

“ she is so stubborn. Would never yield.” Grumbling with clenched teeth Karuna stepped out with her small suitcase.

At that instant an auto came to a stop in front of their house and Kishan Rao’s cousin got down from it.

“Hi, Siva! Come on. You gave us a surprise. “ Kishan Rao invited him.

Karuna politely said hello to him.

“ I have come here on a court work. I have to meet a person. He will be available only tomorrow. You people seem to be going somewhere? “ looking at their suit case, he queried.

“ Karuna’ sister’s daughter is getting married. Dhanya is to attend Math Olympiad test tomorrow as the selected candidate of her school . So she is staying back.“ Kishan Rao replied.

“ You are here at the right time. I was worried about leaving Dhanya alone. Now I am relieved. But tomorrow you have to get food from the hotel.” Karuna said light heartedly.