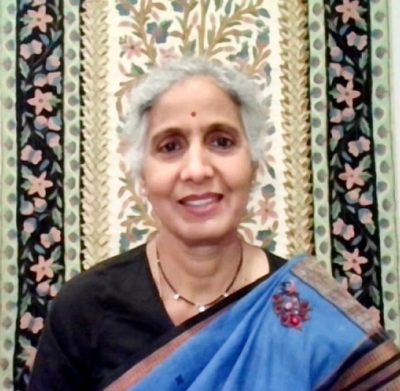 As we celebrate Guru/Vyasa PurNima this month, we present a krithi in praise of the guru by Muthuswami Deekshitar and a krithi in which a pupil asks to provide wisdom/knowledge by Tyagaraja.

The antya prAsa in this krithi is incredible and so meaningful. Guru/teacher is the most important person in everybody’s life. A teacher imparts the necessary knowledge and allows the pupil to ascend a path to success. In this krithi, Deekshitar not only describes the qualities of a teacher but also refers to him as an embodiment of lord Siva. He begs the ever contented guru to bless him. He says a guru is praised by the learned, worshiped by the people around the world, revered by Tyagaraja, and the remover of three miseries caused by the mind, natural disasters and acts of god (adhyatmika, adhibhoutika and adhidaivika). In charanam, he describes Guru as the one who can explain the vedas and vedantas, who can cure the illnesses, the one who relishes the nectar of “Naada”, who is the first of the navanath (navanathas are the nine gurus believed to be incarnations of lord Narayana), the one who is skilled in art, the one who is the embodiment of lord Siva, the one who dwells in the “Naada”, the one who is pivotal for the nava chakras (bhupuramu, shodasa, ashtadala, chaturdasaara, dasa trikona, antardasaara, ashtakona, trikona and binduvu”), the one that has lotus feet, the one who removes the differences, the one who blesses guruguha and the one who follows the religions that were created by the people. Siva is considered as the first guru (Adi guru) noted by teaching yoga sastra to the sapta rishis (the seven sages – MarIchi, AngIrasa, Atri, Poulastya, Pulaha, Kratuvu and Vasishta) on the full moon day in the month of Ashadha which is celebrated as guru poornima across India by Hindus.

This krithi describes the teacher in many ways. It is set in the ragam pADi, which is sung in the early morning hours. It is said that the best learning takes place in the early morning (Brahma muhurtham) and that is why many gurukulams make students chant the vedas in the morning. It is interesting to find the choice of one of the morning ragas for this song by Deekshitar.

Meaning:
GnAna mosaga rAdA – please give me the wisdom
garuDa gamana – the one travels on the garuda (eagle)
vADA – why argue

In this song, Tyagaraja refers to lord Vishnu as his Guru and begs to teach him the knowledge and realization of Jeevatma and paramatma. He requests the lord Vishnu (one who rides the eagle) to imbibe the knowledge without argument. In anupallavi, he says that his mind is clear and pure from chanting lord Vishnu’s name. Then in charanam, he says “oh perfect lord, you are the provider of constant bliss, please bless me with the boon of realizing that I myself am the jeevatma, paramatma, kinnera, kimpurusha and the inhabitants of the fourteen worlds. In other words, realizing the concept of paramatma makes one to understand the supreme soul’s pervasiveness in this universe as paramatma is omnipresent.

Guru is a Sanskrit word that by definition means remover of darkness (“gu” is darkness “ru” is remover). On the occasion of guru poornima this month, we take this opportunity to praise and thank all of our gurus and inspire all the students to seek and gain more academic as well as spiritual knowledge. And we present these two songs that signify the importance of guru and the aspirations of a student by a noted teacher Sri. Arvind and his disciple Ranjani.

Arvind Lakshmikanthan is an accomplished violinist. He performs as a soloist and has accompanied several acclaimed musicians. Having performed in concerts extensively in the US and in India, he has trained several students in music.

Ranjani Gunupudi works as a senior statistician and is a disciple of Sri Arvind Lakshmikanthan. She resides in the San Francisco bay area.