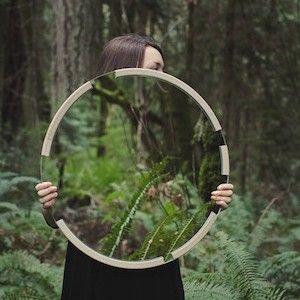 But wee don’t know what we are

When we argued for the curry or the curd

when mother serves with affection

without a word we adjust with pickle only.

Even now we walk in the same footsteps

We have no idea what a thought is.

Chasing away the sleep perched on the eyelids

If a murmur says in ears ‘you are my everything’

Taking it as a chanting

On the chest we have the tattoos willingly

Lifting the entire home on shoulders

We love everyone but we don’t know what love is

Not to get the evil eye on us

Treating as a rare glass doll without even a sense of

When captured in glass almirah without even a trace of air

We stay there carefully feeling it is true

We have not a thought of our anatomy

Or the power we have

When said ’you don’t know anything’

within the three words- you don’t know

We turn in circle only.

Huddled closely as plump marigolds in a pretty way

We have grown up.

From the kaleidoscopes fixed to our eyes

When you people watch us fondly

To appear as you wish

We try anxiously every minute.

Even with the moon.

We transform into many forms

Either cleaning the dishes or washing clothes

We became many hands carrying umpteen number of works

Full of the Kaleidoscope.

At every corner in the home

Though our craftsmanship hangs

Can’t even be ours even a bit

Searching your footprints and walking in them

We became shadows nestling in them.

Carrying the windows of light

When the curtains of darkness are drawn

Open throughout your body

Till the eyelids exhaust

We became the organs to fulfill the desires

We don’t know but

In your magic mirrors

Why doesn’t our mind never reflect?

Why doesn’t our brain reveal?

Probably due to their formlessness

When a thought awakens

When we know what we are

We will be either brains

Or ever beating hearts

At that time suddenly

The  ego we never saw and we never knew

Shine on our heads as horns

In our words and deeds as if flowing completely

Shows the ego in multicolor

While watching we appear as giant demons

As never reflected before by our mind

Never allowed us to unite with our thoughts

As a complete blossomed individual human

Alarmed by the magnifying glass

When you hide in the era of our unfamiliarity

As long as we never crush the

The magic mirror between you and us

This distance between us goes on increasing