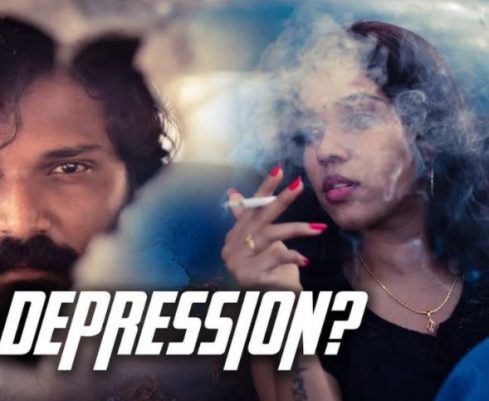 SPEAK UP IF DEPRESSED. YOU ARE NEVER WRONG!

Depression, a Telugu short film released in BVC studios youtube channel is gaining a good amount of positive feedbacks from netizens. This short film was written and directed by Roop PS, CEO of BVC studios. He is also the DOP of this film.

This film was Edited by Sai Sampath. And performed by Shake Chandu and Swathi Mandadi.

This 14 min film revolves around two characters who meet each other for a marriage proposal. When they get to know each other, they find that one of them is in pain of love and the other is into clinical depression.

By adding a little curiosity to the reel, suspense evolves between the two characters while they have a conversation. He conveyed that Pain is temporary and Depression is something which is beyond one’s imagination.  The director wants to make a point by spreading awareness on not to misunderstand pain with Depression and take extreme steps in life. Clinical Depression is a very serious problem and the one suffering from it should open up with their closed ones and family. There is no shy in expressing that you are depressed. However, depression can be conquered with right assistance from health professional and proper medication.

Nikhitha Challapilli is currently pursuing second year master’s degree in Journalism and Mass Communication from Andhra University, Visakhapatnam. She is a freelance Content Writer and works for The Colour Moon Technologies. She is a national awardee and has presented papers on various national and international platforms. She has authored and compiled five books and has received recognition by numerous institutions. She has completed her diplomas in Soft Skills, German language, Technical drawing, Life Skills and Electrical and Electronic Engineering. She has also won Gandhi Fellowship and Teach For India Fellowship.