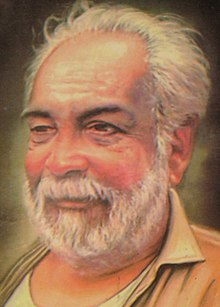 “Hi Grandma, who is the lady that will come out of your sea of magic today?”

“It is not a lady today, it is a male story teller. Actually, we need not categorise writers as men and women separately. We don’t say a woman lawyer, a woman doctor, then why should we say a woman writer? Just that world generally believes that women react and respond to situations differently from men. Women’s sensibilities are perceived as sharper, more emotional and when they are intellectual, they bring in a new perspective.”

“You mean to say that they don’t think alike.”

“They may think alike but respond and express differently. Other than that, there is no level playing field between men and women. They are seen as the weaker sex. Almost all the civilisations in the world are guilty of discriminating against women just as they discriminate against the socially and economically backwards classes.”

“Tonight, I planned to tell you a story about an unfortunate woman whose suffering was the suffering of thousands of women in India at one time. Women were married right out of the cradle, very young. The men who marry these girls pay a sulkam, money to marry these girls. They were all middle aged or at times old, literally like grandfathers. This naturally resulted in child widows in every household. They often used to become widows even before they attain their puberty. Widows were considered a burden on the family. They had to depend on their parents or in-laws for the rest of their life for sustenance. They are at times unpaid labour in the house. Many people wrote about the plight of these women who were left to fend for themselves in centres like Banaras, Mathura and Puri and all other pilgrim centres. They used to grow old and die lonely. Families who abandoned them never looked back. In this story the woman lived with her brother as her father died and she tells us of her inner most feelings of love and longing. The title of the story is Vitantuvu, a Widow. The writer is Gudipati Venkata Chalam. We will talk about the writer later. First let’s hear the story…”

“…When the story opens, the nameless narrator is sleeping in the kitchen shivering with cold. She had one shawl, which was taken away by her sister-in-law. This sister-in-law sleeps comfortably in the bedroom with her husband, while she is left to suffer the cold, hard floor with nothing to cover herself with. The ambers of the fire give warmth for sometime before they become cold. She often thinks of her father whose darling daughter she was in childhood. His heart would break if he sees her plight now. But then he also searched well for quite some time and found this man as her husband who died soon after. She came back to her father’s house and now her brother is the master of the house. The same men who were her father’s friends, the ones who carried her on their shoulders when she was a child, turn their face away now if they see her.

She is not sad because she is dependent on her brother. She is not very unhappy about having to live as a widow either, but her entire suffering is because of her overwhelming desire to have a child and her inability to have one as a widow. She asks a series of rhetorical questions. Mangamma, her sister-in-law does not like children. She prefers to sleep comfortably even when the child wakes up for milk. And she is so fond of babies and wants to have one of her own. But it is so unfair that she can’t have a baby. Mangamma beats her kids as she is not very fond of children. She would never have beaten a child had she got one. Why should her karma be different from her sister-in-law’s? Is it possible to go the temple priest and ask him if in her next birth at least she would have children? Except, if her brother or sister-in-law get to know about it, they would get very angry. But why can’t women have children without any man intervening? Trees give fruit, plants give flowers, why can’t women get children similarly? Even if a man is needed why should it be only husband? Why should not women get pregnant without husbands? Several such questions occupied her lonely nights. Her search for answers leads to a gradual process where questions turn to questioning, from questioning to rebellious thoughts, to a firm decision to go ahead and have a child at any cost. From determination to confidence to confront her brother and sister-in-law and to face the stigma from the rest of the society.

The last part was on how she gets her child and was happy with the birth of the child. But here comes a twist. Throughout the story she was revealing her inner most thoughts, that one normally cannot share with any one, on having a child of her own if she is a widow. Here in this last section we see her going one step forward and saying it is not the love or desire for a man that drove her to him. Her main obsession was to conceive. In this process she minces no words tell us of her contempt for the man with whom she had shared her bed and body. The person who fathered her child was strangely not important, she did not intend to have any relationship with him as he was like all other men; aggressive and only concerned with using her body. He showed affection as long as his desire lasted? “I won’t look at a man again. That fellow probably thought that I had submitted to him because I was enamoured of him … I feel like retching at the thought of the liberty I gave him. He thought I had fallen for his good looks, so overcome by infatuation…” What one wonders here is what was the author is trying to suggest here. In a society where it was an act of crime for a widow to enter into liaison with a man, and being fully aware that her brother would drive her away from the house when he comes to know how did she plan to live and bring up the child? Who would allow her into their house even to do menial jobs?  Clearly, she was not an educated like today’s women who can be a single  mothers, who are more aware of their rights and choices. Contempt for the male was something one really wonders at, as she knew that he was going to be the father of her child, a privilege she strived for all her life. This story was written in 1925, a time when women were denied basic rights of dignity in life. If she becomes a widow who is not allowed to read a book, to think independently, to survive on her own, then to have a child out of wedlock, a healthy curiosity and respect for the male who gave the child would have gone a long way for a lasting relationship, which would have taken care of the needs of the child.

Nevertheless, Chalam was a revolutionary writer and a radical thinker in those days. He wrote strongly about the disadvantaged women and their sensibilities as naturally as if he entered their psyche. He also condemned caste hierarchies in society strongly. Chalam was a writer who wrote ahead of his times, and so, was misunderstood by the contemporary society. He left his interests in life and withdrew into Arunachala hill in Tamilnadu to become a disciple and devotee of Arunachala Ramana in the later part of his life. Whatever his life’s philosophy was, there was no denying the fact he was humanist at heart and all his life he suffered along with women of his time as he lived their misery as intensely as they did.