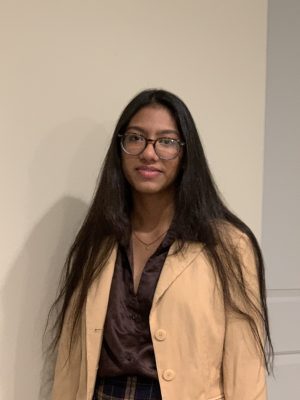 Toxicity in American Politics and Society

It is no secret to the world that America is becoming more politically polarized. As the years have gone by, there seem to be more things to disagree about and less middle ground between the conservative Republicans and the liberal Democrats. You are pressured to pick a side and show hatred for the other, all while embodying the zeal of nationalism for a “united America”. America is, in reality, the least united that it has been in a long time. We are too easily swayed by the false promises of politicians that thirst for power and have their own agendas. We see everything at face value without doubting where our news comes from, and so we fall victim to misinformation and as the current President calls it: “fake news”.

Fake news, despite its name, is very much real. It takes advantage of the naivety in people and their tendency to believe the first thing they see. As long as something looks credible enough, almost no one will question information you put out on the internet. That is exactly why so many middle-aged moms on Facebook became entrapped by the anti-vax movement. For context, the anti-vax movement was set in motion by a study (that was later proven to be misconducted and entirely incorrect) which stated that giving necessary vaccines to children was actually more harmful than good. Obviously, these mothers cared about their children. But instead of doing one Google search, they believed lies over science and put the ones they loved in harm’s way because of it.

Our president, Donald Trump, has made a lot of claims about fake news as he sees it. In his mind, the media are largely biased against him, so they spread around lies and hold him to an impossible standard for the purpose of slander. The only people that understand him are his ever-too-loyal subjects. They call themselves Trump supporters and they take his every word as truth. Some people will support anyone to prevent the opposing party from coming into office. After the Obama administration, repressed white supremacy came to the surface and culminated into what has been the Trump administration.

It’s really easy to believe that this is a problem that will go away on its own, like when Trump is no longer in office and Republicans don’t control the direction of legislation. This is unfortunately not true. The 2016 election may have been one of the first times that fake news has had the impact it did, but it is not unique to Donald Trump or even politics as a whole. For those of you that don’t know the full details of the 2016 presidential election in America, I’ll give a brief overview. After Barack Obama’s last term in office, the two main candidates to be the 45th president were Hilary Clinton and Donald Trump. Despite being the more infamous and generally disliked politician, Trump won this election. Many people actually still don’t know why exactly he won. While a lot of Americans did vote for him because they felt disenfranchised and were lured in by his promise to “bring more jobs” and boost the economy, there was something worse brewing below the surface.

Project Lakhta was put into operation by Russia’s president/dictator/authoritarian leader as early as 2013. Under this operation, millions of fake social media accounts were created, pretending to be American right-wing radicals. Fake articles, videos, and pictures all suddenly became very real and relevant in 2016 when these accounts staunchly supported Trump and slandered Clinton’s name. Hackers under the Russian government also released stolen files from the Democratic National Committee and Clinton’s campaign to make her look bad.

By this point, you must be thinking, “What kind of dystopian novel have I started reading? What kind of democracy is this?” Trump simply dismissed all of this as a hoax, as he does with every proven allegation against him. It’s not a hoax. This is public information. This is a very real infringement on democracy and it is only going to get worse if we don’t change the way we think about the media we consume.

We have seen the impact that this man has had on this country. America became the laughing stock of the world when Trump ruined the foreign connections that we used to have. However, there are two countries that Trump decided to befriend over his four years – North Korea and Russia. His campaign promises fell apart – the wall he wanted to build between the U.S. and Mexico was never finished (it actually partially fell over onto the Mexican side recently). The economy only continued to improve because of policies that had already been implemented under the Obama administration, but Trump took credit for this.

On top of that, his qualifications are terrible. If he applied for any kind of normal job, he would be rejected instantly. He is a businessman with nearly $1 billion in debt and no political experience whatsoever. On top of this, his conduct is extremely informal and borderline disrespectful, especially to women.

During the presidential debates in the 2016 election, Donald Trump made many derogatory remarks about Hilary Clinton. He referred to her as a “nasty woman”, called her “weak” on many occasions, and said that she was only getting votes because she was a woman. Additionally, he deleted a quoted Tweet from one of his supporters saying, “If Hillary Clinton can’t satisfy her husband what makes her think she can satisfy America?” #2016president”. The blatant sexism from the President of the United States, one of the most progressive countries in the world, is really disheartening to see.

His sexism is not fixated to Hillary Clinton. By now, many people have seen the recording of the conversation between Trump and Access Hollywood’s Billy Bush from 2005, in which they talked about women using vulgar terms. I will not be listing any quotes, as this is something that highly disgusts me, but I encourage you to read the transcript of the recording or hear it for yourself.

Among many responsibilities, a president is supposed to be a model citizen to the people of a country. If the president treats women like this, what kind of example does it set for teenage boys who are easily influenced by the media?

A lot of the way that men behave towards women is excused by the “boys will be boys” mentality, which is extremely damaging. People generally agree that it should not be acceptable for others to be disrespectful or violent, but for men, this is just accepted as the way that they are innately. No one is naturally disrespectful. Society wires the way that boys think from a young age – they are told to be strong, unemotional, and present themselves as “alpha” and leaders. Meanwhile, young women are told the opposite: “Let the man be in control. Do everything to appease the men in your life. Be quiet and suppress your opinions. Let yourself be treated like an object.”

It doesn’t have to be like this. Being strong all the time is hard for anyone, and feigning weakness is frustrating for anyone. Your life is anything you want it to be, so why would you choose to be a stereotype of a person? Choose to be the woman leader. Choose to be the emotionally expressive man. Choose to question the “standards” for our society, whether it be the news and media you consume or the gender roles that restrict our lives daily. Choose to figure out whether your personal values really align with the political party that you grew up supporting. And choose to treat the women around you as your equals without undermining their accomplishments.

Despite everything, I have faith in humanity. It can be hard a lot of the time, especially given current events. The attempted coup, attack, riot, or any other word you can think of to describe a violation of democracy on the Capitol building was terrible. To summarize the event, Trump supporters decided that they wanted to protest the legislators that were going to decide whether or not Joe Biden won the presidential election by laying siege to the building they convene in. They caused property damage, waved around Trump flags, and took selfies with supportive police officers. Many people would wonder how rioters would be able to access a building full of government officials without being stopped by security.

The police let them in. Let me repeat that. The police let in domestic terrorists who threw Molotov cocktails, carried guns, and placed pipe bombs in the building. What kind of backwards narrative is this? And what did the president do? He made a video telling his supporters he loved them and supported them, but they should be peaceful in their protest. This is emotional manipulation taken to extremes. Twitter, Trump’s main social media platform, permanently banned him for that stunt. Even the president can’t escape the rules of human decency – on Twitter at least.

Upon writing this, I will admit that my optimism has diminished a bit. But I truly believe that change as a society lies in the individual. So I encourage you to reflect on who you are, truly, and ask yourself: Are you happy with who you are? How can you be the best version of yourself? I have been reflecting on questions like these lately, and while self discovery is a long, tedious, and unrelenting process, it is worth doing for yourself. The more you know yourself, the smarter you will become about the world around you.

To end this lengthy article, I would like to apologize for not writing as often as I should. There are a lot of things I could blame, like school or laziness or forgetfulness. But in the end there’s no excuse. I really enjoy writing about politics and women’s issues, but I would also like to write more positive articles in the future. I’m slowly working on schedule management and making time for all of the things that I want to do in this new year. I really am grateful for all of the opportunities awarded to me by writing, and I look forward to continuing this passion of mine.

Thanks for reading – and I’ll see you soon.