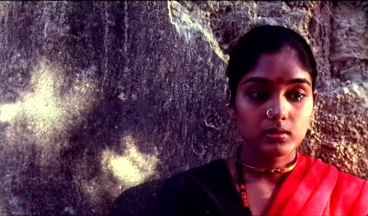 “Women are frequently treated as property, they are sold into marriage, into trafficking, into sexual slavery. Violence against women frequently takes the form of sexual violence.” – Navi Pillay

B. Narsing Rao has made four feature films and four documentaries. He was also the screen writer for the film “Maa Bhoomi”. All his films have won awards; three of the feature films he directed won the national award for the best feature film in Telugu. His films mostly depict life in Telangana. He has not made any mainstream films. His films played at several festivals including Cannes. His films are hard to find.

K.N.T Sastry collaborated with B. Narasing Rao on the documentary Maa Ooru earlier. Sastry co-wrote this film along with Narasig Rao. K. N. T Sastry is also a film maker. His films have won several awards and played at various film festivals. He also has not made any mainstream films.

Most of the Telangana region was ruled by Nizams since 18th century. During that time the local landlords became very powerful by appealing to Nizams. The peasants got into debt cycle and had become bonded laborers to the wealthy landlords. While bonded labor was outlawed in 1976, it still continues unofficially.

The film is set in 1925 in Telangana region under the Nizam rule. The film opens with Kamli crying and screaming in pain. She then tells her story. She was sold to a family of feudal lords for 20 rupees when she is 5. By the time she is 13, her body has experienced a lot. After the daughter of the family that bought Kamli is married, Kamli moves with the daughter to Dora’s house. She mostly attends to Dorasani (wife of Dora) but also does other work as needed in the house.

The film is all about how feudal class treats the working class. The family is not at all interested in the people who serve them. Doras do not care what their servants feel or how they think. Dora’s men torture a person who refuses to pay Dora. He dies during the torture. Dora asks the dead person be thrown out of their premises. In that world if one refuses Dora’s family they die.

The Doras don’t do any physical work, Kamli has to even wash Dorasani’s face. Dora’s mother is quick to accuse the servants when she couldn’t find one of her jewels. There is a huge discrepancy in the kind of food they eat. Dora gets to eat lunch with several side dishes, but Kamli gets to eat her rice with pickle and watered down yogurt. Dora lives upstairs where as the servants live in quarters with no sunlight.

There is a little about politics in the film. Dora talks to his brother-in-law where they both want to impress the Nizam to go ahead in their career. When Nizam’s officials visit Dora’s mansion, he entertains the officials by serving them food, alcohol and girls.

The film is made very well and feels very authentic and real. B. Narasing Rao comes from the feudal background, that helped this film get a realistic touch. The way people sit, talk, and eat is very natural. The only thing that does not feel natural are the sex and rape scenes. Showing sex on Indian screen is a taboo, so it is understandable.

Performances in film are very good. Bhopal Reddy as Dora and Rupa as Dorasani are very good. The film is about Kamli and Archana nailed that role! Archana is one of the finest actresses to act in South Indian cinema. This is her finest performance in my opinion. The film has little dialogue, the acting was so good that the film didn’t need much.

Cinematography of the film is exquisite! Framing is fantastic! Background score mostly in Santoor and Sitar is also very good!

Watch this very well made film to see the sad life in Telangana of 1920s. But remember this is hard to watch but well worth it.