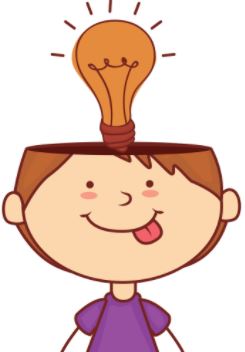 The future of tomorrow

We all know how intelligent this current generation of kids is. They have a good perspective on things and at times can match adults in thinking. I do think kids learn through every incident in life, even when they are making a big mess out of things!!  Well, I  do include my grandsons, Ari and Nivin in the same category. Now, I have to share some incidents with you to justify what I mean about kids learning even through making a mess, shouldn’t I?

My younger grandson Nivin, who is 3 years old, loves to play in the kitchen with the vessels in there. He chanced upon the salt bottle one day while my daughter was busy cooking. He emptied out most of the salt onto the floor while ‘exploring’ the bottle. When my daughter looked at him, he quickly brought out the broom and the dustpan and tried to clean up the salt. Well, what can my daughter say, despite the mess he made, she saw that he was trying to clean up and said, “good job Nivin!” Now Nivin likes to be praised.  And he was so happy that his mom praised him that he completely emptied out the salt bottle, attempted to clean it up with a broom, and threw the salt bottle into the trash and looked at my daughter proudly.  Well, what could my daughter say. She looked at the even bigger mess her son made and just had to smile, because she understood that Nivin only wanted to be praised and knew cleaning up would get him that.  Well, I know my daughter had a big mess to clean up, but I found this whole incident  really captivating!

I really think the current generation of kids are exposed to much more than what I as a kid was exposed to. Their thinking, and problem solving skills are a delight to hear and watch.

My older grandson Ari, who was 5yrs old when this incident happened, learnt about the excess use of plastic and how plastic and other trash end up in the ocean in different areas of the world. He lives close to the ocean in California, so each time his parents drive by the ocean, he talks and attempts to learn more about this from his parents. Now, he is concerned about all the animals in the ocean. What would happen to these animals if the trash ended up in the ocean?

Now do you see why I say the current generation kids are very intelligent and try to come up with solutions for everything? I do hope all you kids do very well in life and come up with plenty of ideas to make this Earth a better place to live in. You are the future of tomorrow.

One thought on “Story for Kids – The future of tomorrow (Telugu original “Repati tharam scientist ” written by P.S.M. Lakshmi)”