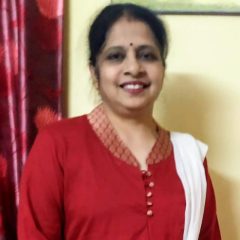 Astrology is a rescue science; it can also be called as a spiritual science. Psychology is a social science. Then no wonder it is an eternal science. It helps a man to think peacefully and be a wise man.

Physical science is one which helps man to come out of his bodily pains and diseases and bring some temporary relief.

I can convincingly bring relation between these three brilliant subjects.

Astrology is the subject which will try to push the problem on to the distant planets and pacify some kind of instincts and pressures in a man. This will solace and peace can be achieved in mans life. Here, let us also understand Astrology has nothing to do with religion. It is a universal subject, which can guide humans on this earth.

Psychologist is the one who will try to look at the problem in the light of new changing society. He can give a different solution to the old and existing problem without disturbing the life styles and peace in the family.

Psychology works to clean the mental and physical life style disorders which are interfering with our cognitive skills.

Physician will ensure to reduce the problem by inducing drugs, conducting a surgery or eliminating the disease.

Altogether, all these sciences work excellently on a human being and allow him to live a harmonious life. Now let us understand why Astrology can be called a Rescue Science.

The nine planets, celestial bodies or lunar nodes that are distantly located have a great influence on the human being.

Each planet will contribute its good, average or bad according to their locations. Let us understand that each planet has its own house and keeps moving into the friendly or enemy house according to time and conditions. It all depends if the planets are looking at the man from their own house, friendly house or an enemy house. Just as we humans behave differently in different occasions, planets also have the influence of other planets according to their relationships.  Let us take an easy example! Human beings behave differently according to the situations with right or wrong influence. In the same way, planets can act independent or with right or wrong influence, just like human beings.

Interestingly, we can call planets in the order of the week days adding two more as there are nine celestial bodies. Here, in one line, I will also give nature and type of the day, its influence, behaviour and colour.