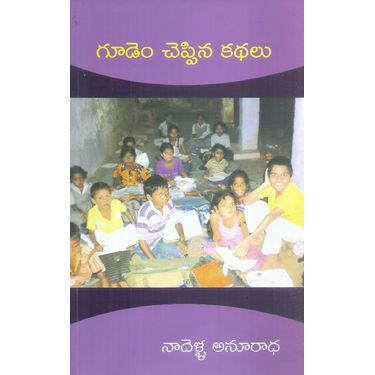 The other day, I scolded Ashok, when his mischiefs were unabated. Malati, who sits next to him, complained that he often plays pranks on her and even hides her text books. I used to condone his pranks since I know that he is keen about studies. But sometimes, he exceeds his limits.

“Ashok, If you don’t want to study, do not come to the school. You may better take leave and continue your mischief,” I raised my voice. “Don’t your parents teach you any manners?”

He stood silently, watching his feet. This boy is clever. He needs a ‘thorough’ course correction.

When I mentioned about Ashok in the staff room, colleagues were unanimous with their advice.

‘It is needless to take any further interest in him, it wouldn’t serve any purpose. Nobody bothers about him at home and hence his mischievousness knows no boundaries. No effort could put him on the right track. He was studying in this school since an year but till now, his family never enquired about his studies.  One of these days, he would drop himself out, for sure’.

All those opinions strengthened my decision to meet his parents and discuss about his studies.

I was on my way home when I saw Mary. I smiled. Occasionally, we see each other in the hamlet. “Ma’am,” she said, approaching me. “Government is offering beautician courses to women of some select castes, without any fee. Candidates who have attended tenth class are eligible. After the six-week course, they will even be placed in jobs.” She stopped for her breath.

“Three women would be selected from each village,” she continued. “I am canvassing about this opportunity since yesterday, but none have shown willingness to join. Ma’am, could you please let me know of anyone whom I can try to motivate for this?”  She asked, dabbing the perspiration on her forehead.

I know some girls of the hamlet, who discontinued their studies after tenth class.  Yes, they can surely avail this opportunity! I shared their names with Mary.

Mary shook her head in disappointment. “I met these girls, Ma’am,” she said. “They said that they don’t have to join any such classes since they would be married off soon. I tried to drill some logic into their brains, by explaining that this knowledge would help them earn and would be useful even after getting married. They didn’t bother. Please, you may succeed in convincing them. Now, few days are left for enrolling”.

Her narration surprised me. Why should the girls decline such a free and useful offer? I visualised their groups sitting idly and gossiping away their time. Nevertheless, I assured Mary about doing my bit.

Next day, I started off slightly earlier and met Bhavani, Sujata, Lavanya and a few others.

Mary was right! None of them were interested to join the beautician course. They have many reasons, including marriage – which they don’t know when it would happen. But, even then, why should it stop them from learning something? I couldn’t understand. And of course, almost each of them used cosmetics which they can afford, to look better!

I changed my track and appreciated their efforts about looking better. I tried to convince them on that note. “You can do this more efficiently and it will also help you to earn!” They simply brushed off my advise like dust.

At Sujata’s, her aunt came out with something more.

“We know Ma’am,” she declared, sort of. “Yesterday this lady came to us and tried selling all this stuff to us. You should better not repeat. We are already neck-deep into our troubles. Recently, one of our girls started attending some training. Soon she hooked up with some boy and eloped. She had shamed us enough.   This.. these kids – Sujata and Ashok – are our cousin’s children. Ashok is studying in your school. Now, we have to marry off this girl. That would relive us from a big responsibility. We don’t need her earnings to sustain”.

“You better leave. My husband would be home anytime now and he wouldn’t appreciate any of your suggestions.”

By now, the difficulty of changing their mindset is clear and I retreated. It reminded me of Ashok and a newly found fact about him that he doesn’t live with his parents.  But I knew better not to discuss that now.

School reopened after Dusshera vacations. I noticed Ashok’s absence while taking the attendance. It is not uncommon that some students join after self-extended vacations. This time too, they started trickling back and one of them answered my query. “Ashok wouldn’t re-join”. My reminders to him to re-join saw no response.

He was not seen in the hamlet too. My curiosity doubled.

The other day, I saw him working at a construction site located on my way to school. “Ashok, what are you doing?” I asked him. “Why are you working here instead of studying at the school?”

“My uncle lost his legs in a road accident, Ma’am,” he revealed. “He was recently brought home from the hospital. Since he can’t work, I’m filling in.” He sounded with such a seriousness, which is a total mismatch for his age.

The man standing next to him, added.

“Last year, his parents died in an accident. His maternal uncle took him and his sister under his wings.  Now he also lost his legs…” Meanwhile Ashok resumed by carrying a load of bricks on his head. And there was Sujata too. As a helper.

The fact that Ashok had lost his parents stuck me like a blow. He never gave a hint of this loss. I recalled his silence the other day, when I referred to his parents while scolding him. It is clear now.

Is he the bread-winner for his uncle’s family now? My eyes welled up.

Will Ashok respond to my questions in the class ever? What will happen to his studies?

Sujata must avail the opportunity of the Beautician course. I failed to convince her aunt then. But now, I am sure I can.