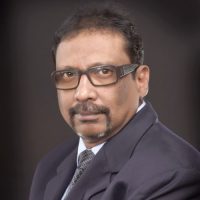 Ravi: Grandma, today it is a book published this year? It is a huge jump in your time scale.

Grandma: I am not actually following any chronological order in telling these stories to you. As and when the memory hits a button, a voice is heard, I choose the story. But this story as you say is very recent. It has created some waves in Telugu literary scene and many intellectuals and writers, established as well as amateur, participated in a workshop organised by the editor of this volume. (The editor says there will be another volume as well). The editor firmly believes that not much happened in the area of historical fiction in Telugu. History in class rooms has started taking a back seat after the software revolution started, especially in southern India. In addition to this, there has always been a strong political intervention in the formation of history text books creating confusion in the students as different governments opted for different interpretations of history dictated by their political agendas. History texts have always been a controversial issue in school syllabi throughout our country. The youth find it dry to memorise dates and facts as there was no imaginative retelling of the past in our school texts. Sai Papineni makes this point very well and one can easily agree as the apathy of people for trying to really understand our history and culture is due to this blindness of policy makers in standardising the text books. His work shop focussed on many relevant issues regarding reawakening the interest in our past amongst the people. He took up the challenge and after the workshop brought out the first volume with a set of 15 stories, four of them by women. The editor Sai Papineni’s story is a strong woman centric story. When we write history, we write about kings and the battles they fought and won. As the poet Sri Sri aptly says: Dates and documents; the dates on which battles were fought and won are not the essence of history. This story talks of a leader amongst men, the story of a woman who evolved into a strong leader through the struggles she and her people faced, an altogether sensitively narrated story.

The story is narrated by two people. Sai Papineni gives credibility and authenticity to his story by giving its historical source. ‘The inscription by Viriyala Malludu located at Guduru near Warangal, dated 1124 AD throws light on the source of the Kakatiya kingdom. The inscription states that the great grandfather of Malludu, Viriyala Yarrayya helped Bottu Beta to establish himself as ruler in today’s Khammam, his wife saved the heir of Kakati dynasty Garuda Betayya by taking the boy to the shelter of the Chalukya king. Another poem cites the help rendered by one Viriyala Surudu to Betayya to win over Velpukonda. This Bettaya was the first to make Anamakonda his capital.’

This is the basis for the assumption that the Kakatiya dynasty was indebted to Kamavvasani for firmly establishing the dynasty, which went on to rule for 700 years. The story of this woman gains prominence because she laid the foundation for the Kakatiya rule. In the process, how history turns her life from an innocent beautiful young girl who was married to her cousin Yarrayya early in life into a tough woman who got entrenched in the power struggles of the time.

First part was narrated by Pindi Gundyana. He comes home with his friend and future brother-in-law Yarrayya. When they enter the garden Yarrayya meets Kamavvasani for the first time. She too recognises him. He takes his brother-in-law around their village Gundyapuram which is the administrative centre for twelve villages around. He shows him Gundyarjula Gutta, Padmavati pond, Arama Konda, Siddula Gutta. Arama konda had a Jain monastery and also a temple town dedicated to Goddess Padmavati. The landmarks described and the places described give the place a sense of historicity. The elders in both families finalise the marriage and it was decided by the bride’s father in front of the whole village that Arama Konda will be given to Kamavva as marriage gift from her family. Viriyala Bheema, Yarraya’s father asks him where is the need to give this gift as they are anyway gifting their daughter. Then Pindi Gundyana replies that their lands have always been targets of attacks from Chodas and Vengi Chalakyas. There were other pressures. So, in front of their king’s or his representative they decided to give Arama Konda to Kamavva their daughter as then no king can touch the land given away as a gift to a daughter by the family. And the important centre of Arama Konda would thus be safe from attacks.

Then the story moves forward to ten years and the narrator this time is Recharla Bammadu who works for Pindi Gundyanna. He accompanies Gundyanna’s only son along with two caretakers and hands them over to Kamavvasani, who is now the mother of one son named Surana. She takes her nephew Garuda Betayya under her wing as her second child and Bammadu starts regarding her as the saviour, literally a Goddess Kakati Devi born to save the future of Kakatiya dynasty. Now they learn sword-play and other war games from Bammadu. They were all imprisoned in their own fort-like house by the Mudigonda ruler Bottu Betadu who is controlled by the king of Vegi Chalakya. Another danger was lurking in the form of advancing forces of Satyadeva, the Chalukya king. There was no news from Yarrayya who was fighting for with Gundyana for Chalukya king. Yarrayya’s father Viriyala Bheema was sick and ailing and the Vaidya comes as a vegi, a spy. While administering medicine he gives Bheema the news of the death of   Yarrayya. On hearing about the death of his son Bheema collapses and dies giving the responsibility of the children to Kamavva. Viriyala Yarrayya kills himself when his leader was caught by the enemies. After the death of the father and son in Korlapadu battle Bottu Beta reaches their mansion on Koravi and offers Kamavva, the shelter of his home with a promise to take care of her and her children. Though she could fully understand his evil intentions she buys time from him saying she would think it over and let him know. He leaves for his home giving one month time. Thus starts her confrontation with Bottu Beta

Just before the end of the month in the secrecy of the night Kamava escapes through an underground route. Bottu Beta’s men catch a woman with two children and present her before Bottu Beta. But then he realises it was a plot to mislead him.

Here the narration shifts to a third narrator, Viriyala Surana, Kamavva’s son. In ten years, after Kamavva escapes and reaches Anama Konda the place witnesses many changes. Her son Surana was haunted by the childhood memories of cremating his father and grandfather and their escape to Anama Konda. His mother was not just a mother to him but was his courage and confidence. She was the leader and protector of the people of Anama Konda Kamavva was joined by Akkamma who brought the Chalukyan king’s young son Jayasimha to her for protection. Jayasimha was heir to the Chalukya throne. A faithful woman who was universally called Akkamma, joins with the kid with Kamavvasani. Recharla Bommadu continues to help her faithfully with utmost devotion. Aggalayya, the vaidya visits her and they discuss how to overcome the looming clouds of war. After due deliberations Surana and Betayya assist Jayasimha in defeating the enemy Chola forces and Jayasimha occupies the throne. The plan was to collect the army further and chase the enemy. When Kamavva realises the mistake, they made in undertaking to feed the collected army in Anama Konda as Jayasimha might not be able to do it. Kamavvasani immediately takes off to meet the emperor. Bottu Beta was caught and imprisoned finally making the area free of enemies.

Bottu Beta caught and with hands tied behind his back was brought to her presence She settles in front of him with hard expressionless eyes to watch him die a slow death. Thus ends the story and it documents very well the plots and sub-plots in the vitiating atmosphere of war. How the children of kings become the targets of attacks and the efforts made to save their lives, the role played by Kamavva, an innocent young girl who becomes the centre of the whole political drama. She assumes charge of her son, her home and her people to withstand the pressures of the enemies after the death of her husband and father-in-law. She also gets the custody of her nephew and later of the heir to the Chalukya throne. She strategically plans the attacks on the smaller kingdoms that eye her and the main enemy Bottu Beta who individually lusts after Kamavva. He meets a fitting end and the lost glory of their land and their self-respect was restored by Kamavvasani. She paved the way for the emergence of Kakatiya dynasty which ruled the region successfully for seven generations.

Ravi: An altogether interesting and unique narrative. But the author made it a little clearer as the history part is very complicated with so many small kingdoms and rulers.

Grandma: Yes. The complexity of the plot demands the story to be read minimum twice. The author’s scholarship assumes or demands, the same clarity of thought and structure he had in mind should prevail in the readers’ mind too. But if the reader is not familiar with the small kingdoms and rulers who play a role on the politics and intrigues of the region, he is likely to miss the thread in the narration. A foot note or an end note would help the new generation reader about the time, and the major dynasties and smaller kingdoms to relate to the story  and the history better.