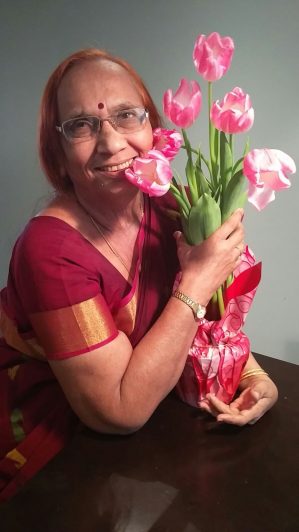 Eeeja, Ooja and the Ghost

I have been writing a lot of stories for little kids so far. How about telling you a ghost story now?  Don’t be afraid, I know what you are thinking! Ghosts don’t mean the scary kind you see on TV. Read on to find out what  my story is about. And after reading this story, tell me if you  are still  really scared of ghosts.

Long, long time ago, there was a small village. On the outskirts of this village stood a huge banyan tree. Now this banyan tree is very old. The village was expanded after some years on the other side of the town also and there lived a man by the name of Gopal. He ran a hugely popular bakery from his home. People from nearby towns came to buy food from his bakery.

Now in this bakery, there also lived two rats. Not that Gopal kept his bakery un-clean; it is just that the rats were clever enough to live there without getting caught and making a mess. One of these rats is Eeja and the other is Ooja. They were intelligent yet mischievous. They only fed on food that fell on the floor during transportation. They never got to eat the actual fresh food as it was behind glass display cases (thankfully!).

All was going on well for Eeja, Ooja until a rumor started doing the rounds one day. Do you want to know what that rumor is? That there was a ghost living on the banyan tree and that the ghost did not allow anyone near the banyan tree at night. This ghost kept shouting loudly and making scary noises, sometimes even during the day. Now this started to scare people. And you can guess what happened. People were scared of going near the banyan tree. They avoided it like the plague. Poor Gopal’s business started to suffer as his bakery was right next to the banyan tree. His business, which used to be bustling till 11 at night, started dwindling by afternoon. People were so scared that they didn’t even come by the bakery during the day and the bakery started suffering huge losses. Gopal was very sad and did not know what to do and how to save his bakery.

Where do Eeja, Ooja fit in this story? The bakery stopped buying food and since there was no in-and-out movement of the food,  no falling of food crumbs on the floor, and hence they didn’t have any food to eat. So, they were also losing out on delicious food because of  lack of business. Now, these rats wanted to help their owner. After all, Gopal didn’t shoo them away and hence they were able to live in the bakery happily. Even if Gopal didn’t know this, Eeja, Ooja thought of him as their owner. Hence, they wanted to help him in whatever way possible. They started their research.

‘What is a ghost and how does a ghost look?’ This was the first question that came into their minds. They went to the banyan tree in the morning, even though they were scared, but didn’t see anything.

‘Where is this ghost?’, they thought. ‘Is the ghost not on the tree? Or is it on the tree but is hiding behind the leaves. How can they know?’  While they were thinking like this, a man passed by. ‘Now this man must be new to town and wouldn’t have known about the ghost, or else, why would he be passing by the banyan tree?’ Now as soon as the man passed by the tree, loud cave-man sounding noises started from the tree.

The man got super scared and fled from the place. Eeja, Ooja got to witness what actually went on there. They jumped up in joy since they figured it all out and now knew how to chase the ghost away.

They hatched a plan and wanted to come back at night since there would be no one then. Before they got to the tree, they brought in baked bread from the bakery. They stopped under the tree and started shouting and tried to imitate the noises that the ‘ghost’ made. Now the ‘ghost’ on the tree thought that it had a visitor who was just like him, and came running down the tree. Upon seeing the ghost, Eeja, Ooja gave it the bread that they got. The ghost seemed to have not eaten for a while and he gobbled up the bread. After the ghost was sated, Eeja, Ooja tried to communicate with the ghost in sign language and asked the ghost what it was doing there. Now neither the ghost nor Eeja Ooja understood each other. But the rats finally understood that the ghost got lost and ended up on the tree. It didn’t know how to get back to where he was from and it was scared of the people and wasn’t sure what they would do to it. Eeja Ooja started laughing. Here the ghost was scared what the people would do to it and on the other hand, the people were scared of the ghost. They offered to show the ghost the way back to his home. The ghost followed the rats away from the banyan tree and the village and back to the forest that he actually belonged to.

Now you all must be wondering who or what this ghost actually was. This was an ‘adavi jaati yuvakudu’. He didn’t know who were city men and how they lived, since he belonged to a forest. People caught glimpses of him and heard him and his noises and automatically assumed that he was a ghost. Fear spreads easily and speedily; hence the story about a ghost on the banyan tree spread like fire. But what actually happened was that both the ghost and the people were afraid of each other!

Well, ‘all’s well that ends well’. Eeja, Ooja were able to help their owner get back his business as soon as people heard that there was no ghost on the banyan tree anymore. Eeja Ooja also lived happily since they had all the food scraps to feed on.