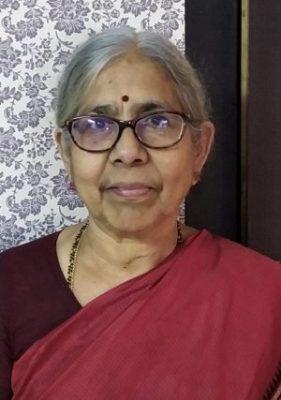 Within harem interiors behind curtains

as from mouth corners of a manslayer,

as caskets of memory fly open,

writhes any mother’s heart in anguish, doesn’t it?

Images not unique to any two nations,

displayed are they all over earth’s celluloid!

even if want to discard.

groping for a warm friendly shade,

devoured by fire of hatred

nestle it in an embrace, offer it succor.

Since we are not arid of universal love

it is for us to shower

ambrosial compassion on the world.

Hidden inside camps are fury’s flames.

half-burnt mounds of bones in trenches.

odor of death, offends breath, and

An eagle in wait

behind date palms for a chick.

for grains to shower from above.

Mice peep out of their holes

to make face at the cat.

As if to soothe, wafer-thin fibrous clouds

under fury’s heat melt to tears.

to stream and combine with tributaries

to swell, to surge and tide over.

To the explosion of murderous missiles

is falling as debris into her lap.

Despite hardened to stone,

Helpless of spreading rays of empathy

confining to her heart itself,

running into penance behind encampments

at least before breathing her last,

grew into a motionless statuesque figure.

throwing aside sheet of darkness,

As eyes pick letters from newspapers

tears vaporize to tramp through the world.