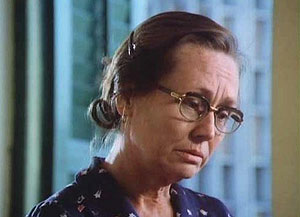 “Let me tell you this: if you meet a loner, no matter what they tell you, it’s not because they enjoy solitude. It’s because they have tried to blend into the world before, and people continue to disappoint them.” ― Jodi Picoult, My Sister’s Keeper

36 Chowranghee Lane is a film written and directed by Aparna Sen and produced by Shashi Kapoor. The film won Golden Eagle Award at the Manila Film Festival. It also won the Best Director, the Best Cinematography and the Best feature film in English at the National Awards. Jennifer Kendal won the Best Actress award at the Evening Standard British Awards and was nominated at BAFTA awards.

Aparna Sen started her career as an actress. Her debut role was Mrinmoyee in the Sampati part of  Satyajit Ray’s Teen Kanya. She acted 74 films including the films of Satyajit Ray and Mrinal Sen. 36 Chowranghee Lane was her directorial debut. She made 16 films including Mr & Mrs Iyer and Iti Mrinalini. Five of her films have won the National Awards.

Jennifer Kendal who was born in England moved to India in her youth. Her father Geoffrey Kendal owned a Shakespeare drama troupe that travelled around in India. The film and book Shakespeare Wallah was inspired by that troupe. Jennifer Kendal was part of the troupe. She was married to the actor Shashi Kapoor.  She appeared a few Merchant Ivory films. Aparna Sen was persuaded by the actor Utpal Dutt to cast Jennifer Kendal in her role.

Anglo-Indians are a mixed race of the British and the Indians. They mostly identified themselves with the British. They are mostly Christian and speak English at home. Post independence many migrated to United Kingdom and the other common wealth countries. Ruskin Bond a beloved children’s book author of India is Anglo-Indian.

The film opens with Violet Stoneham visiting the graves of her ancestors. Some of them date back to 1860s. Her niece is married and has moved to Australia. Violet’s brother lives in an old-age home (Senior Assisted Living Facility). She teaches Shakespeare at a local school. While Violet is a good teacher, the students are not really interested in the subject. Her life is lonely.

She meets her old student Nandita at a wedding. One day Violet invites Nandita and her boyfriend Samaresh to her house. Nandita and Sameresh are looking for a place to meet for their rendezvous. Samaresh and Nandita manipulate Violet to let them use the room under the pretext of Samaresh needs a place to write. While Samresh and Nandita are just using Violet, they also keep her company. Violet starts to neglect her brother and her niece, finally breaking her heart.

Violet is a symbol of dying culture. Her house is full of antiques from the British Raj. Most people she knows are old, their children have moved away to the other countries. Anglo-Indians took jobs in customs, teaching, etc. Their dominance in those areas is coming to an end. The film symbolizes that. There is also rampant prejudice against them. Ray’s Mahanagar depicts a bit of that as well. Violet’s niece Rosemary dates an Indian guy, but that breaks up, we are not told why.

Another aspect about the film was pre-marital sex. Nandita and Samaresh don’t have privacy. They cannot meet at their home. Pre-marital sex in India is still a taboo. Even more so in 1980s. There are scenes in the film which are quite bold on Indian screen for that time.

The film is all about Violet and her lonely life. She doesn’t have much going on. She does not have any friends other than her colleagues. When Nandita and Samaresh come into her life, it is transformed. Samaresh knows how to charm people. As we learn later, he also knows how to discard them.

The film is all about Jennifer Kendal’s performance. She was Violet. She was 46 at the time. Violet is 60. She nailed body language, makeup, and the weariness the character demands. The accolades she got for the film are very well deserved. Jennifer Kendal’s father Geoffrey Kendal played role of Eddie. He was very good in the role as well. Also Debashree Roy as Nandita and Dhritiman Chatterjee as Samaresh.

Aparna Sen’s direction and screen play are also very good. The symbolism of Violet her dying culture and loneliness are very good. While this is a melodrama, it is used quite effectively.

Camera work is excellent! Ashok Mehta captured the claustrophobic apartment and the lonely life of violet very well. Background score from Vanraj Bhatia is quite good. He scored music for many films of parallel cinemas.

Watch this film, this is about a culture that pretty much non-existent in India now. It also happens to be a solid debut from a good director.