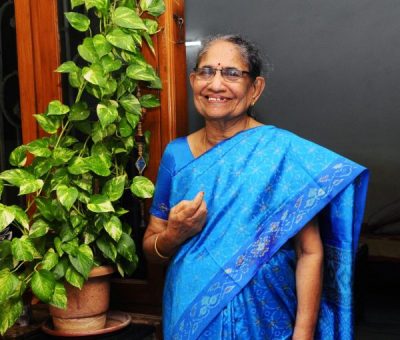 “I am good. Did you enjoy your holiday? Since you were not around, I have not been going to the beach much.”

“So, none of your writer friends have been talking to you?”

“No, I do keep their voices in my mind. If something bothers me and I cannot recall, I go back to the book I have in my library and read the writer’s work once again.”

“In social media people have been talking about a movie and comparing it to one story we all read a few years ago. The problem with the film industry is when they adapt and make a film out of a text, they own the story so much that they take the liberty to totally distort the text. As a result, the unrecognizable text then suffers a great damage. The dead writers cry in their graves, the live ones fight court battles.”

“Now which is the story that suffers a distortion?”

“Well, it is not exactly the story per se. The theme similarities or dissimilarities attracted widespread Facebook discussions. Interested in the details?”

“yes, please tell me, what is this great theme?”

“The problem of women’s choices…how sometimes they attract the ire of the society. Sometimes women get caught in a catch-22 situation.

“Okay, gon on. Now tell me what is this story.”

“This story is titled “Damayanti’s Daughter” was written by Smt. P Satyavathi. It is from a collection called Satyavathi Kathalu. She won Sahitya Academy award for her work on translation recently. A teacher of English but an outstanding writer in Telugu Satyavathi is earned her respect due to her women centric, sensitive stories on varied themes.

Now the story is about a young girl who lives in a city with her friend. They share a room and this girl strangely is not given a name. Her friend’s name is Sneha. Sneha is a close friend and stood by her in thick and thin of life. They get up and were discussing what to do on this Sunday morning when the phone rings. It was her attayya calling from the village to tell her she has found a match for her. He was Mr. Santosh from Samalakota. Her attayya is her paternal aunt who became her guardian right from her childhood. She was coming with the boy and his parents to meet her on the following Thursday and she should stay at home to meet them all. Now she has no choice as this aunt was the one who saved her from many heartbreaks when she was a child. When her mother left the house and she was alone crying for her mother, her attayya took charge of her and all her needs were taken care of. The two friends were discussing how to deal with this fresh challenge. That being Sunday, they had just three days in hand before preparing for Thursday. The doorbell rings again and the girl opens the door to find the boy standing at the door who introduces himself as Mr. Santosh from Samalakota. She asks him what calls for this sudden visit as they were scheduled to meet anyway in three days. He apologises for coming without any warning. He had to come as the matter was urgent. Last night his mother raised the issue of her mother and asked if she had actually died or gone away leaving the house. He used the usual derogatory word as his mother’s expression and he came to find out. Disgusted she tells him he was in fact right her mother had deserted them when she was a child. She was commonly referred as a motherless child to protect her from any disrepute. She reacts strongly and tells him that whatever his mother heard was true and he can go and tell her so. She was Damayanti’s daughter and her mother left the house when she was a child. He becomes defensive and tells her actually he had no problem as his enquiries in her office revealed so many nice things about her and they were quite positive and he was happy and he was going to convince his parents and marry her.

She did not initially know how to take it. Why should he go and enquire about her behind her back as if he had no faith in her? She was offended. She did not make any enquiries. In fact, her people accepted everything they were told.

Damayanti’s daughter, with her mind in turmoil, thinks of the past that haunted her all her life. One fine evening after coming back from school she did not see her mother at home and her dark house ominously suggested that something was wrong. She asked her father where was her mother. Upset and sad her father did not reply he tore the letter she wrote before leaving the house to pieces. Her brother too was upset. That was only the beginning. Next day her attayya comes to stay with them. She faced resentment from her for taking the place of her mother. She was constantly unhappy giving tough time to her attayya who tolerated her misbehaviour and took good care of her. Her brother was sent to a boarding school from where he wrote letters to her, trying to reason out to her that she should move on in life and not think of their mother. Her father marries again and she refuses to accept her stepmother. She goes to live with her attayya and she eventually starts loving her. But she resented when in the new place they told everyone that her mother died. She quarrelled with her attayya for telling lies. She gradually finishes her studies and joins a job, visits her father, his wife and their two children. Even after so many years she asks him the same question that haunted her all these years. Why did her mother leave him did she not love her children? Her father tells her, making sure his wife was out of earshot, that he was an ordinary down to earth man and her mother belonged to a greater world and she dreamed of it and went after it eventually.

She asks him the same question, “Why did she leave, did she not love us?”

He tells her, “Why do you always think she forgot. She must also be thinking of us. She has every right to live her life according to her choices. It is pointless to ask her to make sacrifices for us”

“What about our trauma and suffering?”

“What about the suffering she would have lived with had she stayed back?” asks her brother.

That was the story. The last sentence says it all. Every woman has a choice and she should have the right to exercise the choice in whatever manner she likes.

Now the questions that arise and the answers that elude are more suffocating in this story than the suffering of either the girl or the absentee mother. The writer adopted a conscious technique in actually making the mother absent in the story. She never justifies her action, she never explains her point of view. She allows, along with the society, her children to struggle in this difficult situation. If her point of view was presented, there would be no story. There is no need for the reader to think of any reason for her disappearance and abandonment of her children. The right and wrong of her decision bring to the fore many angles. What was right for the mother was naturally not very right for her child. This is what is the catch-22 situation lies. One cannot judge the mother as she was entitled to choose. One cannot also blame the daughter for feeling bitter. In days when marriages were arranged mandatorily the tradition was to first find out about the family’s background, social standing, the boy’s nature and so on. In this story we see the girl feels hurt because he tries to dig up information about her from her office colleagues.

Now when it comes to comparing this story to the movie Tribhanga, I feel it is an unequal comparison. In the case of the movie what is the original from where the movie is adapted is not known. The story has one theme of having women of two successive generations exercised their right to choose their passion over their family and their young children. In the movie, so many additional sub stories such as sexual abuse, perversions and the girl flirting and flitting from one boyfriend to the other and having a spite against society because of her misfortune were added, diluting the main issue. The story written in Telugu by P. Satyavathis is hundred times more subtle and it is not crowded with too many issues in one basket. The points the author made were poignantly made and articulated with more polish than in the movie. Kajol, and Tanvi Azmi did justice to their characters, but the execution of a good idea in a harsh manner left a jarring note.’