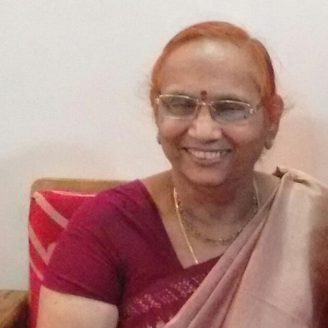 What a smart thinking!!

My grandson Ari lives in the US along with his younger brother and parents. Grandparental pride aside, I think he is an intelligent kid. When I last visited him, he was barely 4 years old. His mom has a veggie garden and some flower beds in her backyard, and he helps water the plants. But what he likes best is to play in a large rectangular sandbox along with his brother. They spend hours together in the sandbox, with shovels and little tractors.

One sunny morning, I was watching them play, and they happened to be in the sandbox. Ari beckoned me over to where he was playing in the sandbox, in an attempt to show me something that he was digging.

When I went over to where he was, he seriously pointed to a corner in the sandbox where I noticed a cobweb and started to say something. Now, he speaks with a strong American accent which I don’t quite follow. But his expressions were serious and it did seem that he was giving out some safety instructions to me. To my adult eyes, it is just a cobweb, and I didn’t see anything dangerous to it. So, I tried to tell him something in Telugu, approaching the cobweb, when he immediately caught my hand.

He started talking animatedly again, and all I could understand was “ammamma, danger, don’t touch.” I stopped approaching the cobweb and was simply transfixed by the expression on Ari’s face. This little grandkid of mine was so serious about saving me from the spider that I smiled to myself, it was both amusing and touching. I collected many such memories and went back to my home in India.

One day, during a video call, Ari was telling me about his plants in the yard, sandbox, and added that he now noticed yellow jackets in the fence gate. The only reference to jackets that I am aware of is a piece of clothing, so I looked back at him with a confused gaze. He noticed this and instructed his mother to explain it to me.

My daughter went on to show me the hives built by the yellow jackets and I began to understand that these are like bees (not really bees, but they look like bees), but dangerous and have to be removed. I quickly mentioned that she could just start a fire under the fence and the smoke would drive away the yellow jackets. My daughter quickly reminded me that the homes there are mostly made of wood and it would be dangerous to start such a fire as it might spread quickly.

We then wondered aloud what the solution might be. Enter Ari. “I have an idea….” and he went on to speak. I only understood what his idea was after my daughter translated it. Are you all ready to hear his bright idea? So here goes.

So, he will hold a bunch of flowers and head towards the yellow jacket hive. This way, the flowers will attract the yellow jackets and while they are thus distracted, my daughter should quickly remove their hive. Now, isn’t this smart thinking? The idea did not strike to us even though we are elders to him.

What a smart thinking!!

One thought on “Story for Kids – What A Smart Thinking!”