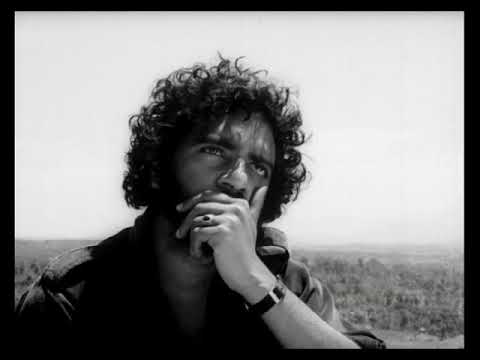 Amma Ariyan is a film made John Abraham. This film is ranked 9th in the BFI’s Top 10 film list. It also won the National Award in the Special Jury category. This film is one of the first crowdfunded films in Indian film industry. John Abraham and his friends went from village to village collecting donations and raised money for the film.

John Abraham was one of the true auteurs of Indian film industry. He was a graduate of Indian Film and Television Institute, Pune. He was student during Ritwik Ghatak’s short stint there. Adoor Gopalakrishnan and Mani Kaul were John Abraham’s contemporaries at the institute. John Abraham started his film career as Assistant Director for Mani Kaul’s Uski Roti. He made 4 acclaimed films before his death in accidental fall in 1987. He started the film movement called Odessa Collective which worked to involve public in film making by collecting funds and exhibiting films non commercially.

Kerala has a unique history in India. It has the highest percent of literacy in India and also the second lowest rate of population growth. Even though the population is majority Hindu, the state has a considerable Muslim and Christian population. Kerala has been involved in spice trade for millennia. Vasco da Gama arrived in Kochi, paving way for European colonization of the state. This history resulted a unique culture. Also the Malayam film industry had been the beacon of Indian film Industry with directors like Adoor Gopalakrishnan, John Abraham, G. Aravindan, M.T. Vasudevan Nair, etc.

The film opens with Purushan taking a bath in a pond. He tells his mother that he going to Delhi. His mother asks him to write to her. To that Purushan replies that he doesn’t like doing that. On the way to Delhi he sees a dead body. This person has committed suicide. Purushan doesn’t recognize the deceased, but his face is familiar. Purushan drops his plan of going to Delhi, tells his girlfriend that he is leaving to find out who the deceased person is and inform the mother of the deceased about her son.

Purushan and his friend go and meet each person associated with Hari. They recollect their experiences with Hari, and join Purushan to meet Hari’s mother. From these people we begin to  know the story of Hari. We also learn about people’s history of the place. The stories are about spreading political awareness and the people who fought for their rights and won. Purushan narrates these incidents in a letter to his mother.

The film has 3 main characters. Purushan, Hari, and Purushan’s mother. Purushan has ideologies of the left, but does not want to take up a fight. He thinks it will only lead to his personal ruin. Purushan’s mother a widow, is lonely loves her son, She is lonely, when he is away Purushan’s girlfriend takes care of her.

Hari is the thread that connect all these people. He is influenced by leftist ideologies and Maoism. He is a consummate musician. He becomes part of Maoist groups and gets tortured by cops.

The film is very interestingly done. The story unfolds very well almost like a mystery. The history of human rights and labor rights is very well woven into the film! John Abraham wrote an excellent screen play. The film is shot very much in the Italian neo-realist style with a lot of characters played by non professional actors. The direction is also excellent! Too bad he passed away at a very young age.

Joy Mathew as Purushan is excellent! So is Harinarayan played by Hari. The rest of the cast is good as well.

The cinematography of the film is stunning. It was shot completely in black and white. Venu worked with a few masters in his career. This is up there with his best works. Music by Sunita is fantastic as well! I don’t who played the Mridangam for this film. It was really really good.

Watch this film because it is unlike any other film you would watch.It is the work of an excellent artist who is honest with himself.