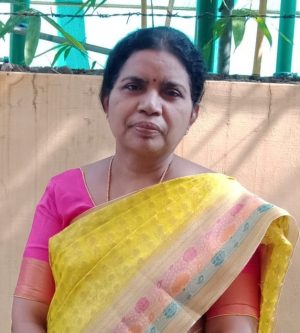 Bruised, but not Broken (poems)

By and large the feminist movement in India has been about patriarchal oppression, experienced by dominant castes and middle class educated/urban women – gender discrimination: unequal man-woman relationships; undemocratic family system; burden of child-rearing and hardship of domestic chores as women duties; commoditisation of women’s body; violence against women in the streets by hooligans, attacks, rapes and murders – lack of property right as central to it. There is no mention of ‘other’ women – the non-brahmin or Muslim in this movement and its agenda/ discourse. Even the literary movement – feminist literature– is more or less concerned about the middle class, dominant caste women only. There is hardly a mention of women of the oppressed castes – whenever there is a reference – they are indistinct, counterfactual and unrealistic. In this way, feminist literature not only overlooked the ‘other’ women, but also homogenized the experience of the dominant caste as that of the entire women-folk. Clearly, such a movement does not represent the problems, prospects and aspirations of Dalit, Adivasi, Muslim women; and the life-reality of these women is characterized by caste/community discriminations: poverty, exploitation of labour and religious oppression.

In addition to the patriarchal violence, the caste-ridden feudal society oppresses Dalit, Bahujan, Adivasi, Muslim women with dire caste discrimination and sexual exploitation. Their lives are day-in and day-out filled with insecurity: fear of sexual exploitation, atrocities, physical threats and murders in the hands of caste Hindus. Their work is reduced to mere struggle for livelihood and unworthy; they never get equal pay for equal work with men. In addition, the working class women face daily hazards in the hands of other men: the caste society keeps the life and body of non-Brahmin women under its control; they are held in low esteem and are open to oppression. In the workplace, educational institutions, social welfare hostels – atrocities on Dalit women/girls have become a ‘normal’ affair. These atrocities do not even get reported as news. More vulnerable is, the lives of Dalit women of the villages where the feudal society continually toy with their lives in the name of religion, through various means in their control― Jogini, Basavi and Matangi traditional systems. Though they were once seen as priests or servants of village goddesses, they have now lost their earlier status and economic independence; and are being edged into prostitution. No basic human rights are applicable to these people. According to an estimation, there are about 10,000 Devadasis in Andhra Pradesh and 12,000 Devadasis in Telangana states alone, and the precarious status of Dalit women in ‘great’ 21st century is beyond our imagination.

Patriarchy in Dalit households is on-going and uninterrupted. Oft-repeated ‘democratic’ Dalit families do not anymore exist. There was ‘matriarchic’ system in the Dalit households in the past, but history is witness to the fact that all oppressed castes have undergone the process of ‘Sanskritization’. Through this process these castes in competition to emulate Brahminism, have embraced its patriarchal practices first. Dalit woman became slaves in the hands of Dalit male, as the Dalit male is a slave within the hierarchy of caste system. Thus, her status is one of a slave of a slave. With the entry of Brahmanism in the Dalit and Adivasi households, their simple and natural traditions became frozen. Dalit women have been forced to lose their democratic status within families. At present, there is no difference between the lives of middle class Dalit women and the dominant caste women – they both are victims of dowry system, harassment and economic dependency. Dalit women labourers now face wife-battering in the hands of their drunkard husbands, in addition to capitalistic exploitation at work place. Though they take crucial part in the peoples’ movements they are denied leadership. The Dalit women are made to work in the ground and denied the decision making posts within many popular movements; this demonstrates the mind set of parties and their cattiest and patriarchal nature. Dalit leaders do not accept that there are persisting patriarchal practices in their organizations. Feminist leaders get annoyed when we tell the truth that their ‘feminism’ stopped with upper caste and middle class women. Dalit women are endowed with natural traits of strong will to fight oppression, hard work, activism and readiness to face difficulties; thus they empathize and join the movements, wherever injustice or violation of rights and atrocities happen. For instance, the Dalit women took initiative in protesting against incidents of atrocities against Dalits and fought against caste highhandedness – whether it is Karamchedu, Chunduru, Vempenta, Padirikuppam, Neerukonda etc. The village Dalit working class women like Karamchedu Suvartamma,Veeramma, Aleesamma,Chunduru Leyamma, Tulasemma and scores of other nameless Dalit women had fought against cruelty of dominant caste assassins. The much acclaimed anti-arrack movement by feminist movements was taken to its peaks by the Dalit and Adivasi women. They who had experienced battering at home in the hands of their husbands and in the streets by the police lathis, built the movement and took it forward. In spite of all these, neither the feminist movements nor the Dalit movements gave them leadership roles. Irony is that the toiling masses’ hardships and contribution have never been recognized. The same is the case with the mainstream electoral politics: they are reduced to flag bearers. When they stood and won in the village Panchayats allocated through reservations, no single Dalit woman Sarpanch sat on the Sarpanch chair even once in their whole term; and this is not an exaggeration!

Mao’s grand proclamation was “Women hold up half the sky”, but the Dalit women in India are negotiating for their self-respect and safety from becoming targets of caste and religious goondas. In their struggle for a bare minimum for survival and independence, they have also to wage war to get a piece of land that promises self-respect. In this struggle, they undergo torture and humiliation in the hands of the dominant castes and even pay with their lives. Whenever the caste murderers attack Dalit settlements, their primary target becomes Dalit women and their body. Dalit woman’s life is crushed between insecurity (at the hands of caste criminals from outside) and subordination (patriarchal dominance) at home.

UNO’s declaration of ‘Decade for Women’ and Beijing Conference (1993) were landmark steps forward for both feminist movement and its literature. In the wake of this, large-scale surveys of socio-economic status of women, got published in various Indian languages. Telugu language also witnessed a flood of feminist literature. Especially the feminist poetry compilations like “Maaku Godalulevu” [“We don’t have the walls”] (1992), “Neeli Meghalu” [blue vipers] (1992) were sensational in Telugu language. Though these seminal works highlighted feminist consciousness, had only token representation of working class women and lingered around middle class, upper caste women and became their literature. May be in their consideration/consciousness all the women’s socio-economic status is the same.

Karamchedu Dalit agitation not only led to the production of voluminous Dalit literature, unlike other streams of literature, it gave birth to scores of Dalit poets and literature itself turned into movement. Assertive writings came against Brahmanism, dominance of village landlords, their caste highhandedness and their politics of murders, economic and cultural hegemony and questioned the atrocities and mass murders of Dalits, which were taking place due to their economic backwardness, and persisting untouchability, illiteracy and bonded labour. Dalit male writers articulated searing questions against the atrocities on Dalit women and their lives. This moment brought in a creative language, poetic expression and new forms in literature itself. Seminal writers include Satish Chander, G. Lakshmi Narasaiah, Endluri Sudhakar, Shikhaman, Madduri Nagesh Babu, Paidi Teresh Babu, Vemula Yellaiah, Nagappagari Sundarraju, G.V. Ratnakar, Koyi Koteswar Rao, Nookathoti Ravi Kumar and others. For instance, Tripuraneni Srinivas and G Lakshmi Narasaiah have edited Chikkanavutunna Paata (1993) (Song of Insurrection), which placed Dalit literature on the highest pedestal in Telugu. The burgeoning poetry compilations like Padunekkina Paata (1995), Bahuvachanam (1996), Meme (1996) energized Dalit literature and these were further propelled by numerous individual anthologies by various writers that turned Telugu literary history upside down demonstrating an urgent need of rewriting it.

Thus both the Feminist and Dalit literature by setting scores of milestones unsettled the established Telugu literature and its authority. But paradox is that of the missing Dalit women in both of these. Though there have been Dalit women writers in these streams, they emulated the dominant writings and never attested to the caste humiliation and assertion. Exceptionally Dalit men wrote more about Dalit women concerns, to name a few –Satish Chander, Endluri Sudhakar, Madduri Nagesh Babu, Paidi Theresh Babu –in fact the Dalit male writers wrote more about Dalit women than the dominant feminist writers. Karamchedu Dalit Movement brought to theforefront Dalit women writers. Here the world view is of ‘annihilation of caste’ and Ambedkarism. Agony of Dalit women and their assertion were ventilated in these writings. Gunde Dappu (1995) first expressed it and was brought out by Ambedkar Students Association of University of Hyderabad and a more comprehensive edition of it appeared in 2002 in Nalla Poddu (Dark Sunrise), where all Dalit women’s literature was brought together. This gave expression to three seminal problems that Dalit women face – caste discrimination/humiliation; gender discrimination, and labour exploitation.

In general, there are contours of both feminist writings and Dalit male writings that appear common in my writings too; however the difference is that the thrust of my writings is the specific socio-economic context of Dalit women, the kind of oppression that they undergo etc. My arguments on the undemocratic Dalit male dominance has annoyed both feminists and Dalit writers, but my effort is not to appease them. What I insist is that the liberation of Dalit women itself has the epistemic strength as a value when liberation in general is seen – class struggle, caste liberation, and gender liberation. Thus my writings impinge on all that affects Dalit women – as I myself am one among them, brought up in a remote village and a first generation literate. My consciousness is predominantly one of Dalit-woman consciousness. I am also inspired by Ambedkar who aspired for an oppression-less democratic society –social endosmosis – caste, class, gender; likewise my writings impinge on domination – caste, class, gender – wherever they occur to me. My personal life is also illuminated by the works of Dr Ambedkar. Ambedkar plays a strong role in my life, like in the life of Baby Kamble. My thought-world is filled with Ambedkar and he is my inspiration.

Like all Dalit writers, raw material for my writings is my own life. My writings are drenched with memories of my grandparents, Gujjarlamudi Sowbhagyamma and Rosaiah, mother Mariyamma and father Mantraiah. I thank, my siblings who encourage every one of my efforts without knowing what my writing world is about. I am also thankful to the Critical Quest publishers for bringing out this anthology. Also I express my sincere gratitude to V Geetha, Bama, Prof K Suneetha Rani and translators from Telugu. My best wishes to my brothers from Bahujana Rachayitala Vedika and Kathyayani, Dr.Gurram Sitaramulu, Modugu Sridhar, Dr. D. Sujatha – who are interwoven in my thinking and real world, my all-time inspiration and also, the sweet receiver of my thought world – Mythri.

Some of her poems are prescribed for a syllabus in M.A. English course in Sri Padmavathi Mahila University and M.A Hindi in Indira Gandhi Open University, New Delhi and PUC in Karnataka.

Her anthology, Mankenapuvvu was prescribed as a syllabus in A Telugu in Yogi Vemana University, Kadapa, A.P, Rayalasima University, Kurnool and Banglore University.