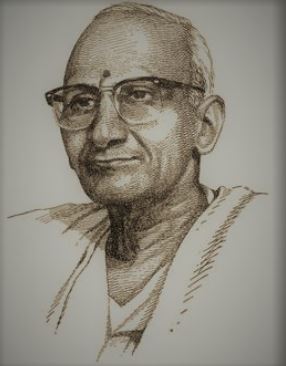 “You have sentenced me to death; and now ask me to say whatever I want to say. There would be some meaning if you had asked me before passing the sentence. Now, it makes no difference whether or not I say what I wanted to say. But there is some significance in your asking me. Having known that I will be dying anyway, and I can’t speak anything after that, you grant me that harmless luxury to speak. Once born human, we have some mundane pleasure in our speaking. It is characteristic of us wrapped up in Maya (illusion). You don’t respect my body, but respect my soul. Since you believe that my soul and your soul are alike, whether it is true or not, such thinking is but natural.

“There is nothing to lose by not speaking up or to gain otherwise. But some of you think that I should speak. So, I must speak, and speak at any cost. One must speak to his last. They are more enchanted by the words than you.

“You have awarded me the death sentence on the charge that I killed a man. I don’t know that. Neither you nor the people that have given witness here knew that. I have mother, wife and children. I struggled a lot to feed them. They never had two square meals; Nor I.  But by your grace, I have had food for the last two months in the jail. I don’t know what had happened to my people. They must have perished by now. I am more fortunate than them. They must have starved to death. I could at least eat something before I die.

“I had no employment. I could not find work for wages. I could not cheat. When I could somehow earn few coppers and wanted to buy rice, it was not available in the market. It was already four days since we had anything. My wife and I were able to stand it, but my emaciated children could not; they did not have the strength move from where they were sitting or cry. How to bear the agony when they lay down very much like cadavers?

“There was a long queue at the rice shop and I was standing at its end. It was the same story for four days and I returned unable to stand at the end of that queue every day. At last, out of pity, an old woman sold half of her at double the price to me. But the rice I brought was fit for animals and not men. Unless it was pounded and dehusked, it was not even fit for cooking. Neither my wife nor I had the strength since we were too weak from our four days of starvation. Still, unable to stand the agony of children my wife carried it in the hem of her ragged sari and roamed around some ten houses for help. One family shooed her away; another family was busy performing some rites in the household. All her efforts were in vain. She came back and put the same rice over the stone hearth. Where to get the fuel from? A neighbour had erected a kutcha fencing about his backyard but it lay damaged with donkeys, dogs and pigs trampling on and breaking through it. The wooden splints lay scattered and nobody needed them. When I tried to glean them for firewood, someone charged at me. “Fellow, whose father’s property you think this is?” saying so, he beat me with a stick.

“I returned home. One would laugh if I call it a home. It was just a wall of a dilapidated house where nobody lived. Collecting thatch and twigs, my woman somehow erected a roof … enough to hide our heads under. By the time I was home, she was using the same for firewood. Which was more important, the roof or attending to children’s hunger?

“The next day the children were writhing in pain from hunger contractions. The oldie had snatched the few coppers I had, to buy something to alleviate their pain. For the next four days we had nothing to eat. And the children’s tummy aches did not cease. My wife could not get up from her bed. I was somehow able to roam around.

“That afternoon, I saw people going in groups. I asked them where they were going. They said that Rice was being distributed for all and so they were going. I followed them. They were about hundred to two hundred. They collected at a place. People were shouting and slogans were raised. There was a lot of hubbub. They stopped in front of a house. As I was at the back of the crowd, I was not able to know what was happening there. I thought that the stampede was for the rice. People of the neighbouring houses had either shut their doors or were peeping through the windows.

“After a while police arrived at the place. “Thank god! Now that they have come, they shall distribute the rice evenly among people,” I said to myself.

“But slowly I realized that people were fighting with the police.

“Then, Police opened fire. The crowd retaliated by hurling stones at them.

“When the situation had turned for worse, I was no longer interested in staying there and wanted to leave the place. But how? It was almost a month since I had a good meal. Even if I had some odd mealy scrap once in a week, there was not the swiftness in my movement. Because I had a good physique once, I was still looking human in form.

“Some of the police were injured. One police died when a stone hit him on the temple. I don’t know who threw the stone.

“But then, why should there be any discrimination when it comes to killing? If a man dies when a stone hits him, will another survive if a bullet hits him? Why a man be punished for killing throwing a stone, while there is no punishment for killing firing a bullet?

“That blind god had decreed that I threw the stone. Forget about throwing, I was not even a position to lift the stone. When Police chased, everybody took to heels. I had also tried to run away.  But where was the strength in me? The last thing I remember was a hard blow that landed on my head from behind.

“I woke up in the middle of a night. I found myself enveloped in darkness. The next morning I came to know it was a prison.

“After a day or two they gave me food. When I saw food, life rekindled in my veins. Immediately, children came to my mind and I set aside some food for them. Next day I realized that they would never come to me.

“Who cares whatever had happened to them? And slowly, I got used to taking my meal regularly.

“I was enjoying royal treatment. I was getting two meals a day. They were taking me by motor vehicle, wherever they took me. Even in the higher courts, they give a special place for me to stand.  I had a turn of fortune in my last days; how nice it would be, if that devil of god had facilitated this much of comfort for few years before as well!

“What more can I say? I bless you long life for your benevolence. You fed a man starved for life, for the last two months. May you never want anything!

“I don’t know what has happened to my wife and children.  That is my only worry. If my children could grow up… somehow grow up … to adulthood, will they have the same good fortune at the fag end of their lives?

“I leave it to your kindness. If you can do me the favour of finding them out, I shall serve you in my coming life.”

Nauduri Murthy is a Managing Director by profession and a poet and a passionate translator. He translated hundreds of poems from Telugu to English and vice versa.