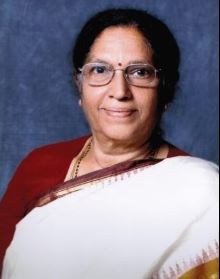 Raju got a job at The Wall Street Journal in early 1994. He was posted to Pittsburgh Bureau. Though Greg didn’t like to lose Raju’s service at Dayton Daily News, he was happy to relieve him, as WSJ is an international business paper and he knew Raju had a bright future there.

By then Raju was friendly with Kim, -a journalist at the Dayton Daily News. They decided to get married. Kim also moved to WSJ. Raju made a name at WSJ as he contributed to the paper from the first day of his service.

Raju and Kim got married on 8th October 1994 in Maryland. Naveena and Hemanth made all arrangements from our side and  Kim’s parents and sister, who also lived in Mary land, did everything for the wedding itself.  Many of Kim’s relatives and,  Raju and Kim’s friends attended the wedding celebration. Rohit, -five months baby attended his Raju mama’s wedding and while he was happy for a  time, when the music sounded very loud, he cried. I took him out away from the loud music for a while. Raju and Kim settled in Pittsburgh.

Hemanth’s mother Sarojini Solman and John came to America to look after Rohit and we left for India. Naveena told us that Rohit missed us and searched for us everywhere in the house. We could not stay away from our darling grandson for long and came back to him some 10 months after my retirement from Open University,  in 1995.

I haven’t t been putting down my memories in chronological order and I hope you don’t mind the back and forth.

I worked under the guidance of Prof. Sethuraman  who was there to frame  the syllabus for the courses at in the University.

I was given the work of conducting entrance examination, preparing study material for under graduate students and taking some classes for the students at the study centers in Hyderabad. As the work began from the scratch, the staff had to play different roles. Sometimes even – proof reading material,  sitting in the printing presses at odd hours to get the material ready on time.

Professor Amrutavalli and,  Prof.Balgopal from CIEFL helped us a lot in framing the syllabus and also preparing material for entrance tests for students. I  will always be grateful to them.

I prepared audio lessons for students as – we were not yet given a slot on local television for our distance-education lessons.

I initially worked there on deputation for six months and then was made regular, through an interview. I have learnt much on the job, as the Open system of education was new to me.

By then, Prof. Ram Reddy had gone to be the Vice-Chancellor of Indira Gandhi National Open University, Delhi. His friendship with Innaiah continued.

Innaiah raised certain issues regarding the Open University-it is being run like any other traditional University though it was originally meant for rural oriented courses mainly-this criticism enraged Prof. Ram Reddy and his followers ran a hate campaign against Innaiah for a full month. They met all important people with whom Innaiah was associated and complained against him. They even met then the Chief  Minister Sri N.T. Rama Rao. They only faced  setbacks as no one they met entertained their complaints which were silly and they made themselves look small and petty.

Some of Prof. Reddy’s followers tried to create a rift in their friendship by filling his ears against Innaiah and also wrote anonymous “Akasa Ramanna” –  letters against Innaiah.  Prof. Reddy believed them and put an end to their long standing friendship. I am sure his followers benefitted by what they did but Innaiah didn’t lose anything because of them. I am certain about it.

As they could not harm Innaiah in any way they made me their target for some time. They stopped the payment of arrears due to me after a pay revision for one year. They meted out to me a step motherly treatment and  tried to sling mud on me. It was their hobby. They are blind to their own short comings and it was nothing short of evil. Some staff members even suggested to the Vice Chancellor that he should remove me from service but nothing came of it as they knew it would cause them legal problems.

I needed the Job and it was my right. I stayed there till my official retirement day.

I have to tell you the sunny side of my experiences at the University. I worked with Prof. T.V. Subba Rao, Head of the English Department. He is a Cambridge trained Professor. I had learnt a lot from him in preparing the study material. Prof C. Pushpa Ramakrishna was my colleague, – a very capable lady,  dedicated to work and a good human being. I am proud of being her friend in addition to being a colleague.

Prof. Girija Neti (zoology) Prof. Gnana Prasuna (Physics) Prof. Vidyavathi (Sociology) happened to be my young friends in the University and I am still in touch with all of them and share the joy of being good friends with them.

During my service there, I saw  three more Vice- Chancellors. Prof. C. Narayana reddy, Prof. Chandrasekhara Rao and Prof. Basheeruddin. I enjoyed my work in the University and I thank all those people who made it possible for me.

I always preferred private service as advised by Dr. Y. Nayudamma, the famous leather scientist, when he visited my father in our village home before I started my work in Hyderabad. He told me that I could avoid frequent transfers by being in private service.